The Vineyard garden centre and Kent log sales are owned by the Fifth Trust Charity which was set up to enable adults with learning difficulties to experience meaningful employment, learn new skills, work in the community

Students come every day to work in the garden centre, cafe and in other horticulture sessions alongside instructors, they are involved with all of the daily jobs that need to be done, whether off-site in the garden maintenance teams, delivering logs or in the garden centre we believe strongly that there is a job for everyone.

Back in 2015, we were involved in the fitting out of their 'cook club' so were delighted to be asked to supply and fit a new restaurant kitchen.
The restaurant kitchen was in need of an upgrade and re-organisation along with some new appliances however their remote location meant that they were already close to maximum on their electrical usage so careful equipment choice was important.

As the kitchen is run by employees and students working together the design and appliances had to focus on ease of supervision and operational safety.
Having known this business for many years we knew that interaction between kitchen staff and customers was very important so we were keen not to hide the kitchen away so the old serving hatch was kept.

Commercial kitchens are generally white or stainless steel coloured so to make the environment more attractive for both students and the public we used Bioclads vivid range of coloured Upvc hygienic panels, which has the same hygienic properties as the standard white cladding often used but added some style to the kitchen which in conjunction with the existing wooden beams now looks great.

Works had to be completed during a new year closure alongside of the center's own staff who were refreshing the cafe area by decorating and installing new furniture.
We completed a full rewire of the kitchen to bring the electrical wiring up to current safety standards and renewed most of the plumbing.
Simple cooking appliances were provided, including energy-saving induction hobs, convection ovens and a new dishwasher.

With a great restyling by their own team to the seating area, this is a great location for homemade food open 7 days a week cooked onsite by their dedicated staff and the friendliest group of hard-working students. 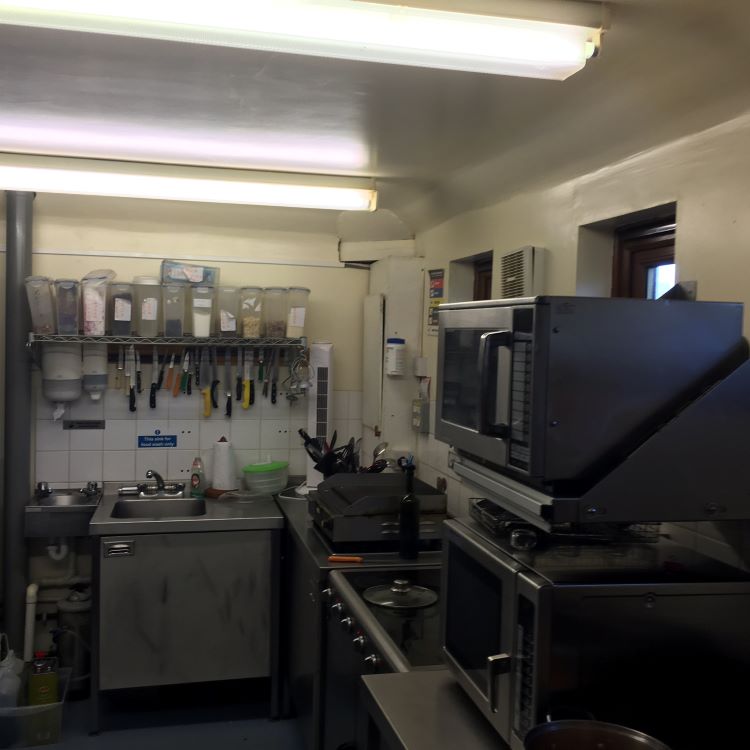 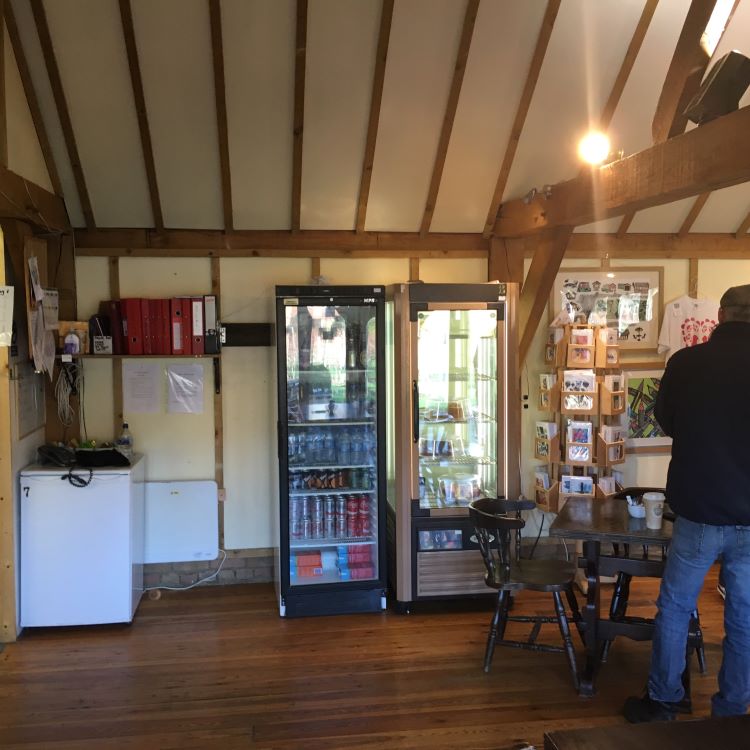 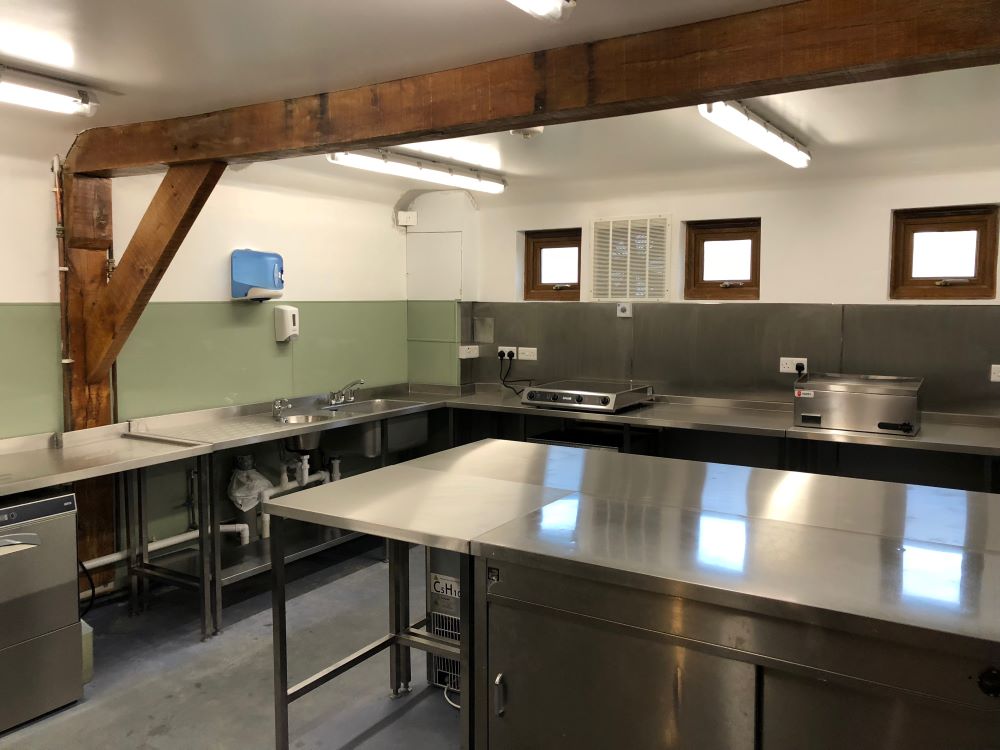 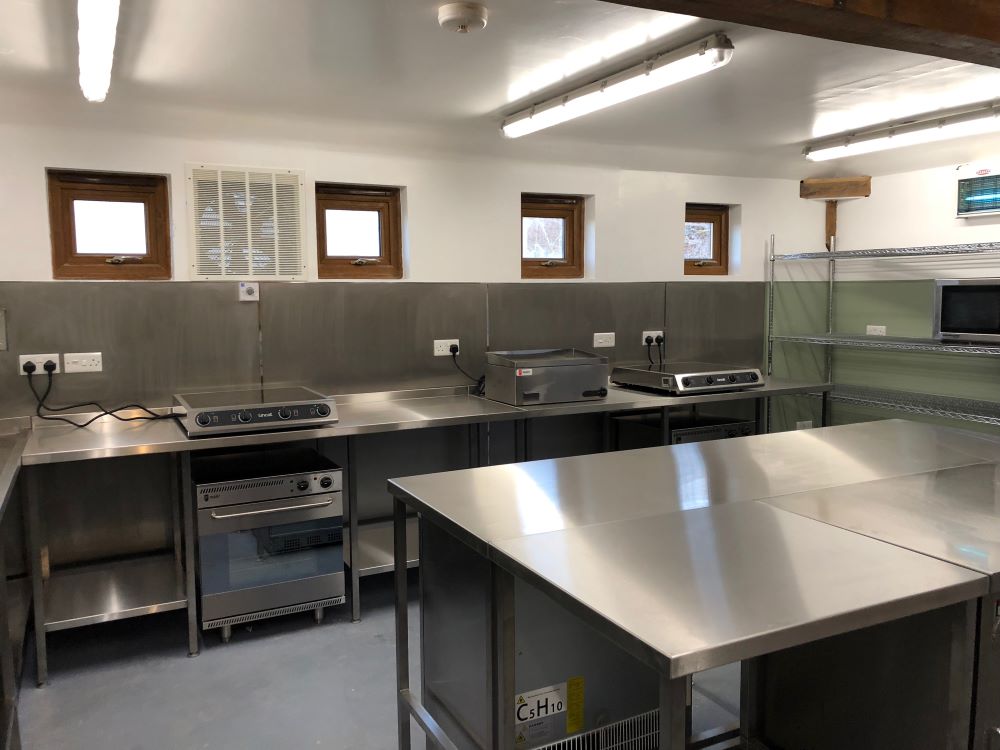 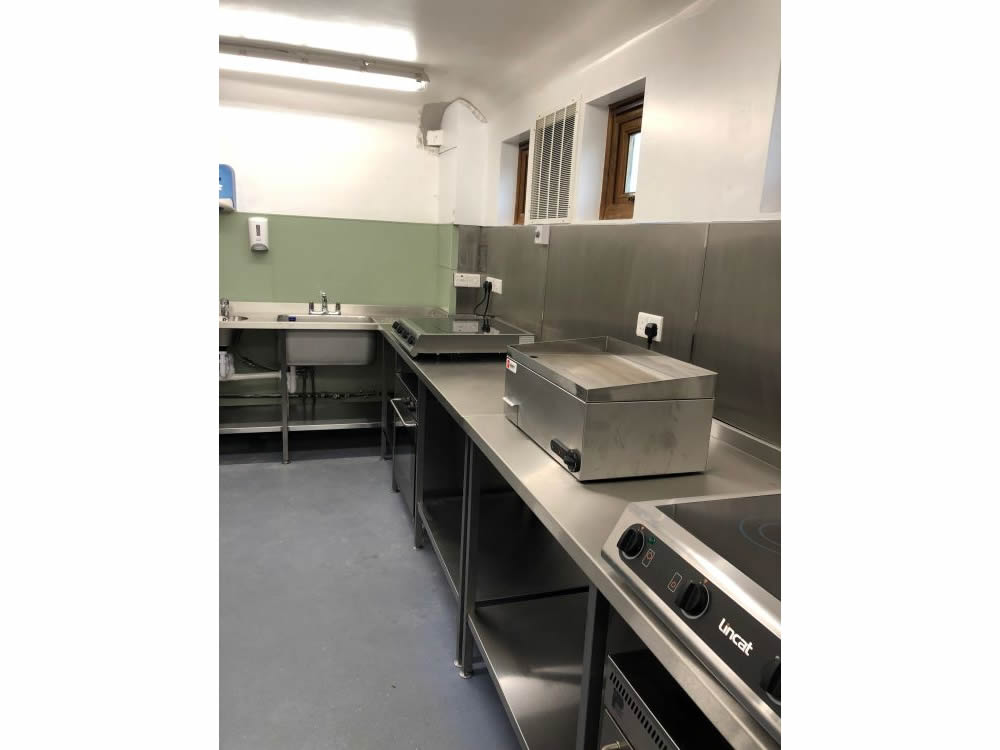 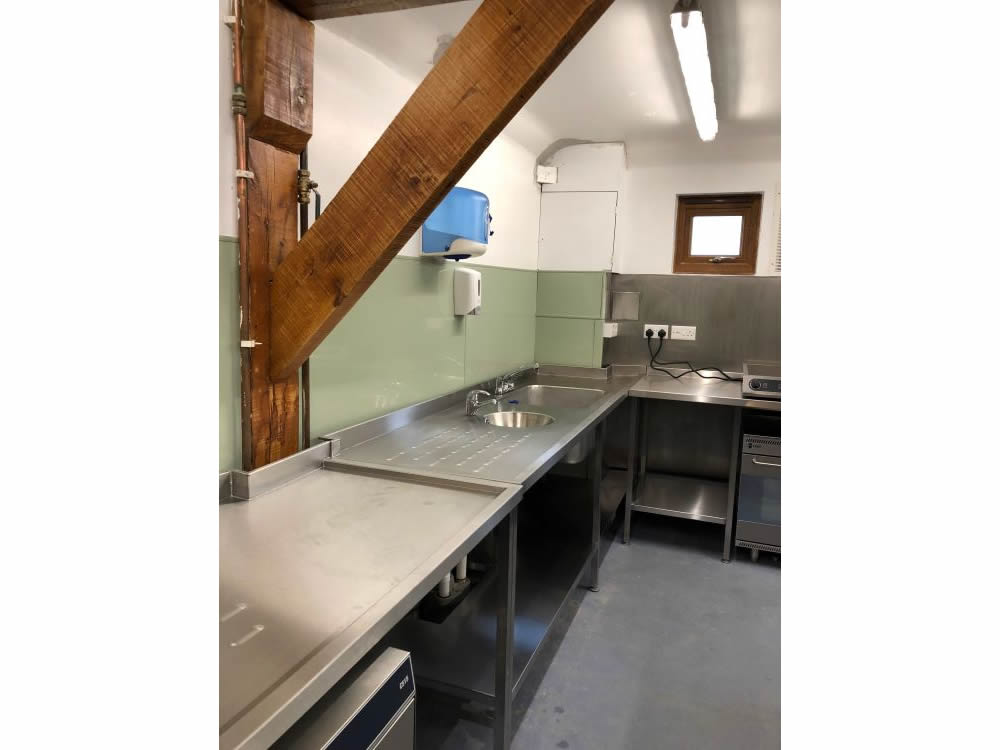 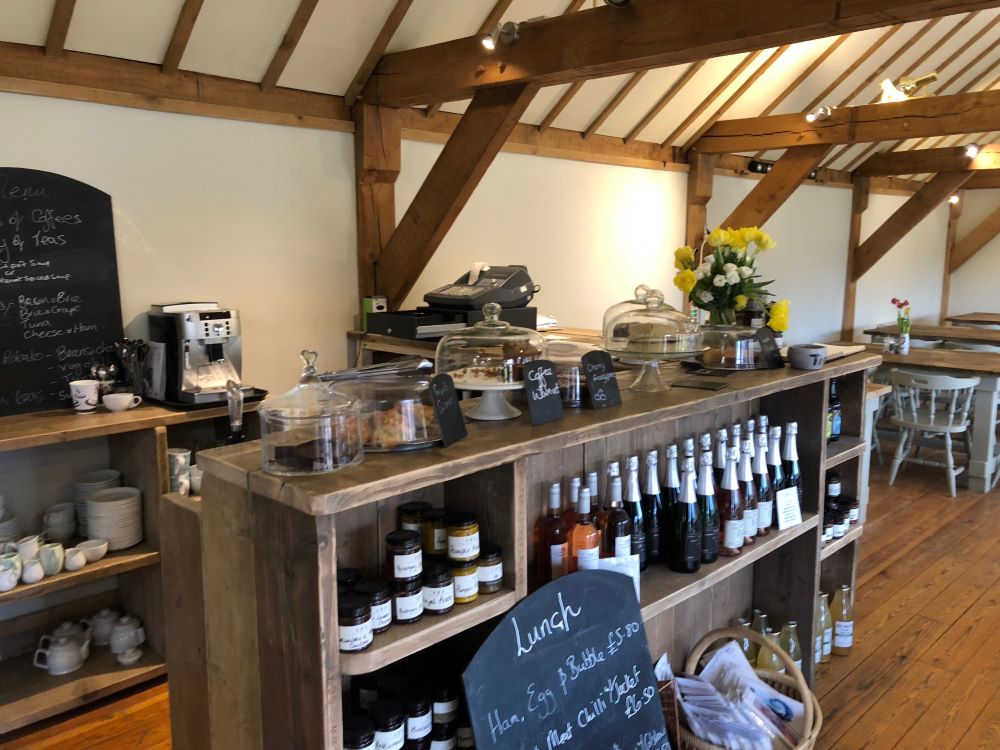 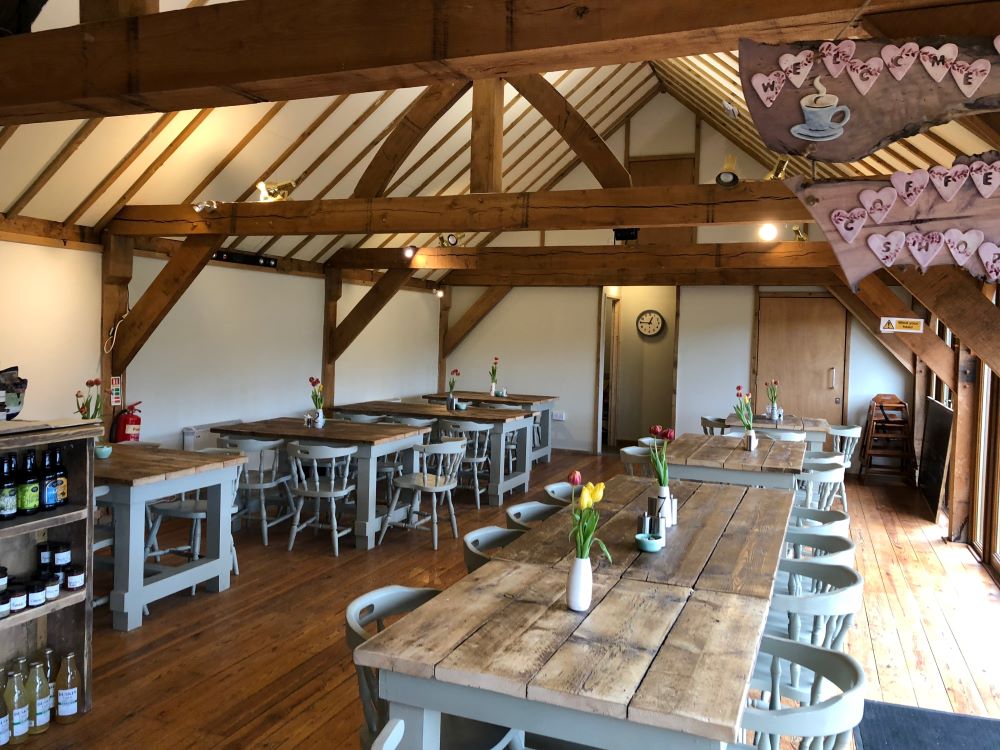