St. Michael's has a long history of caring, having been built as a convalescent home in 1895; more than a century on and according to carehome.co.uk, is one of the highest-rated care homes in the Thanet area!
During our first visit to the site, it was described to us as "a hotel with nurses". Its appearance both inside and out is of high quality so an equally high standard was required in the commercial kitchen.

The original kitchen, probably last fitted out in the later 1970s, whist spotlessly clean, was getting tired and had some layout inefficiencies.

Our work involved the kitchen, two storerooms and the adjoining corridor. With the kitchen team working out of a less than ideal temporary kitchen elsewhere in the building our instruction was to concentrate on completing the kitchen first then to deal with the adjoining rooms as a secondary task.

Once the strip out of old catering appliances and extraction canopy was completed we allowed some time for the site's own electrician to get the first fix done before we moved in. The new extraction canopy and stainless steel wall cladding went up first followed by adding Bioclad Upvc hygienic wall cladding to all surfaces.
The floor was latexed next followed by adding Altro stronghold 30 slip-resistant flooring.
Second fix for electrical and plumbing works next followed by the installation of a suspended ceiling with LED flat panel lighting.

All that was needed now was new catering appliances, refrigeration and stainless steel fabrications which were delivered on a very rainy day making for a particularly difficult installation for our installers - they got it all done though!

We were then able to hand the kitchen back to chef Simon and his team then move onto a final week's work on the storerooms and corridor Bioclad and Altro.

In all a thoroughly enjoyable project, working in great surroundings with nice people who are as delighted with the end result as we are. 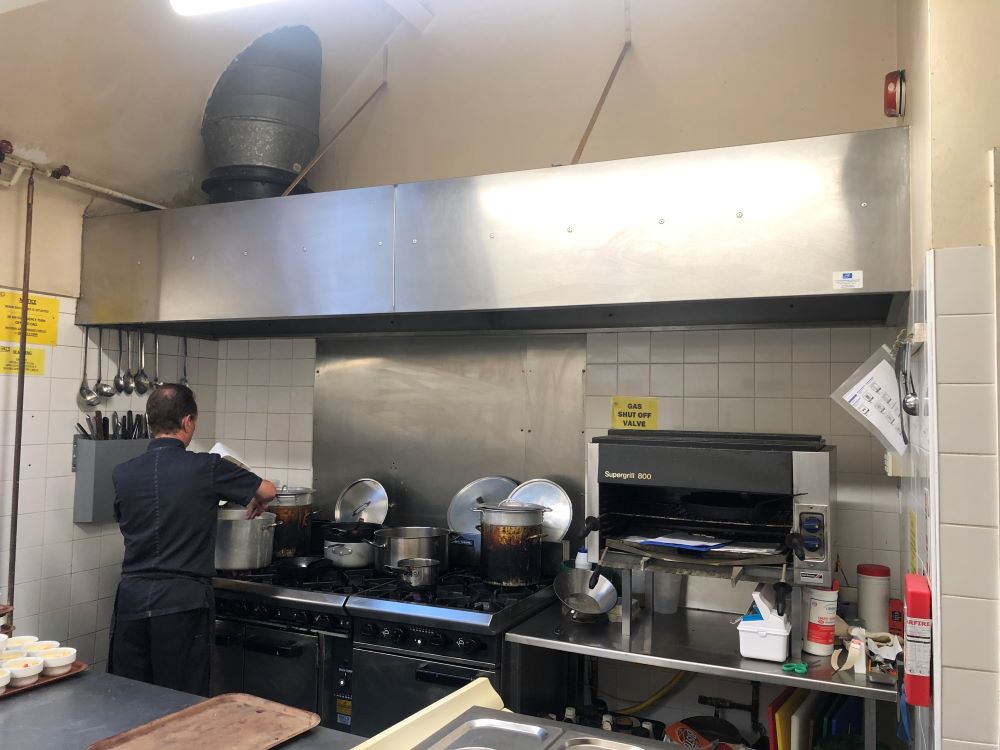 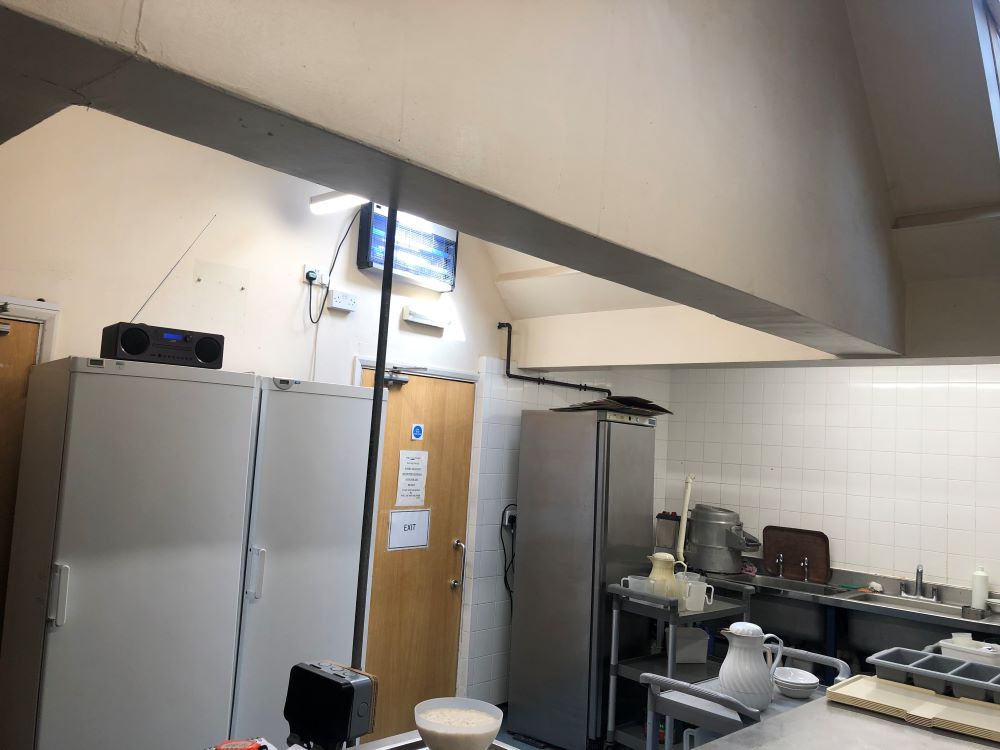 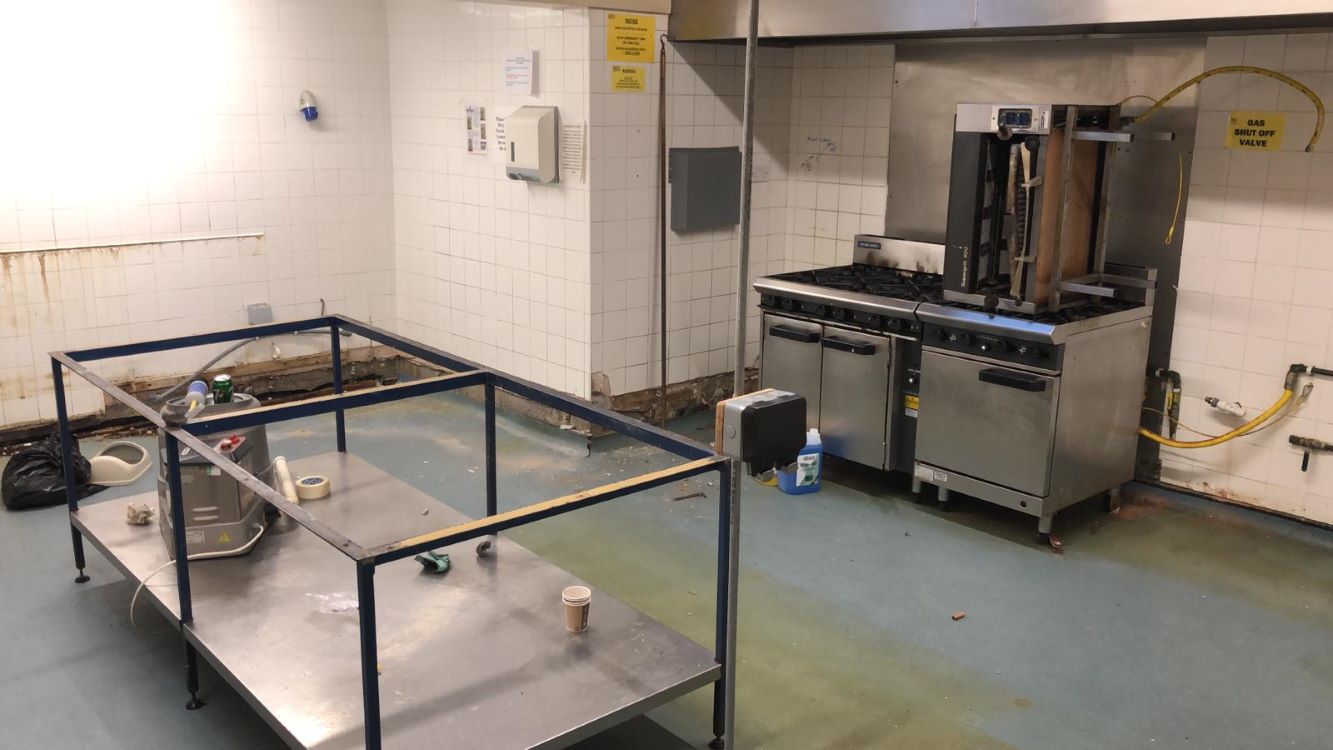 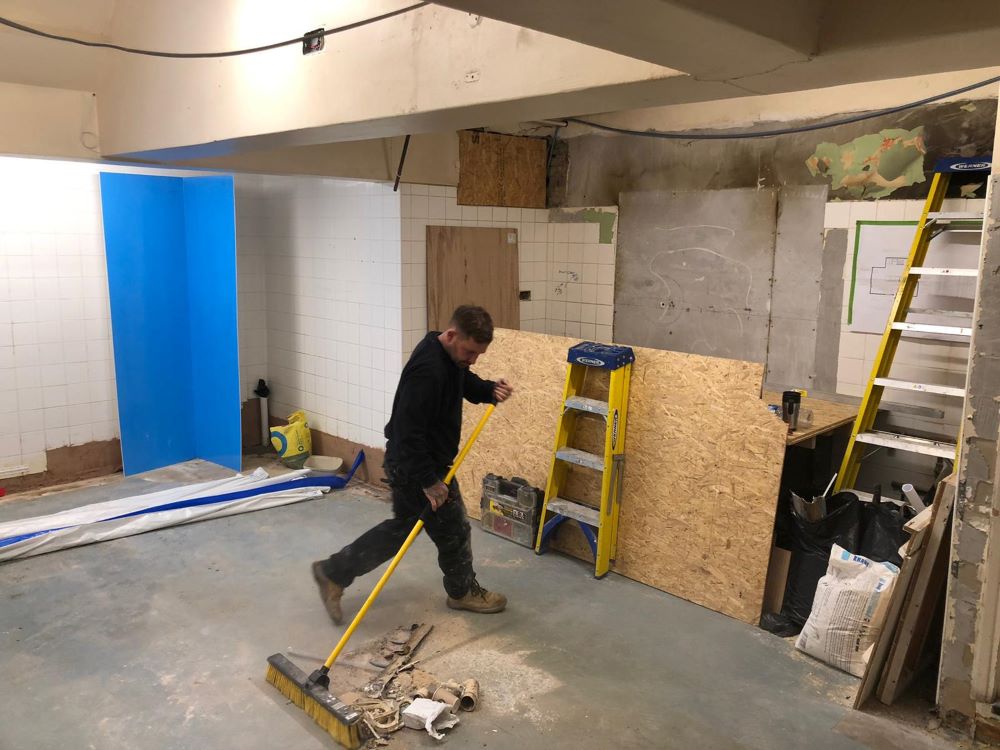 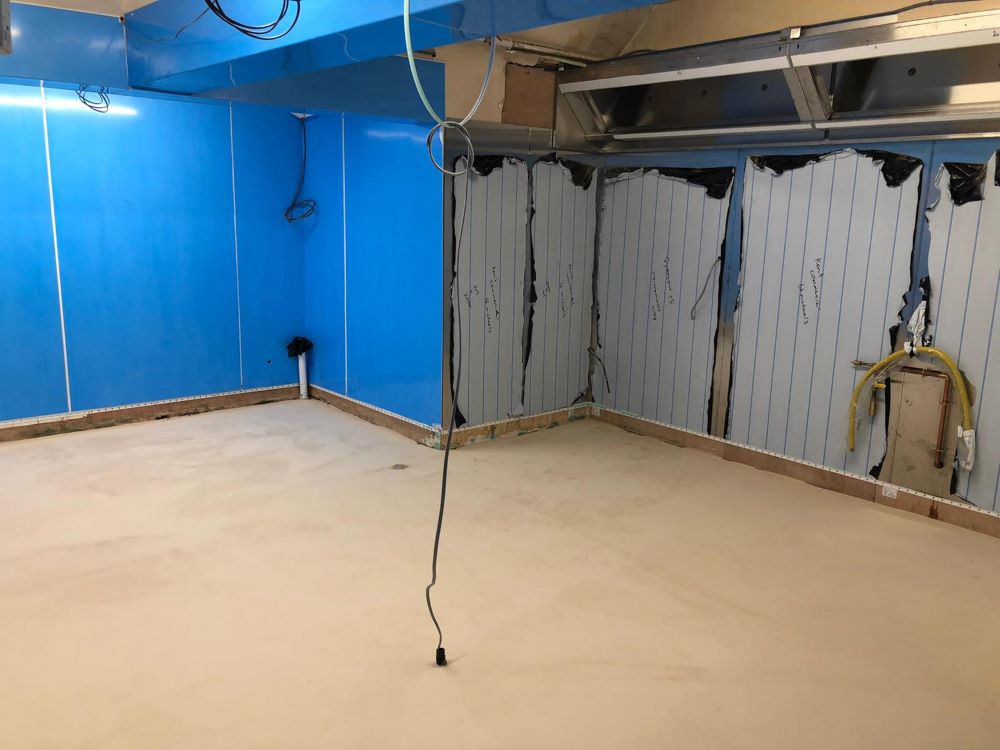 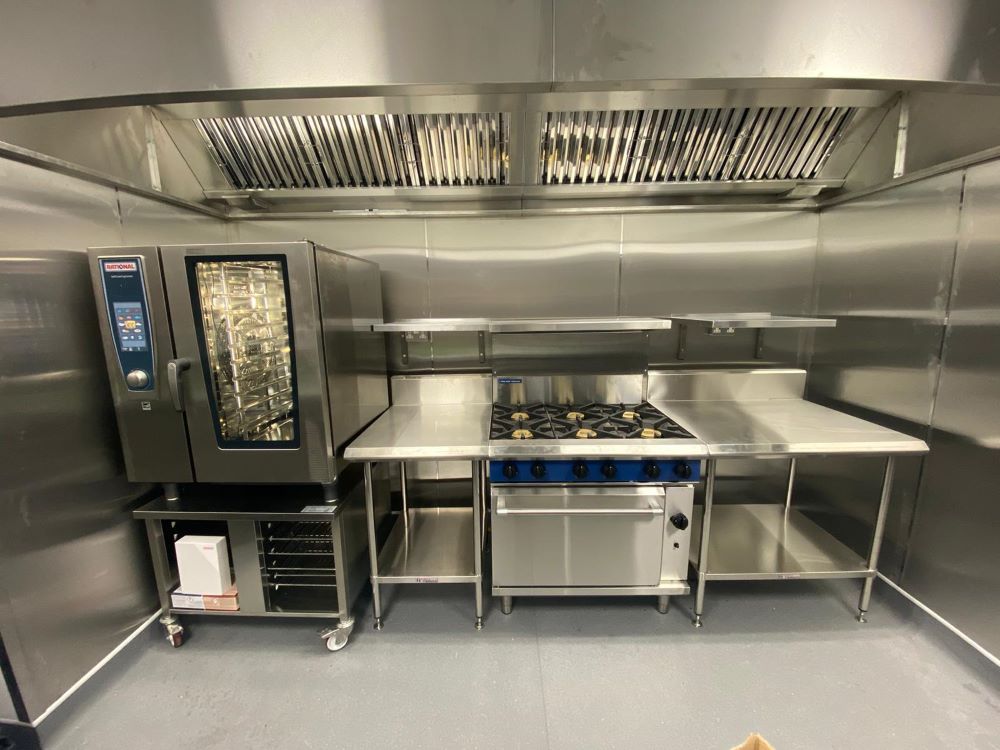 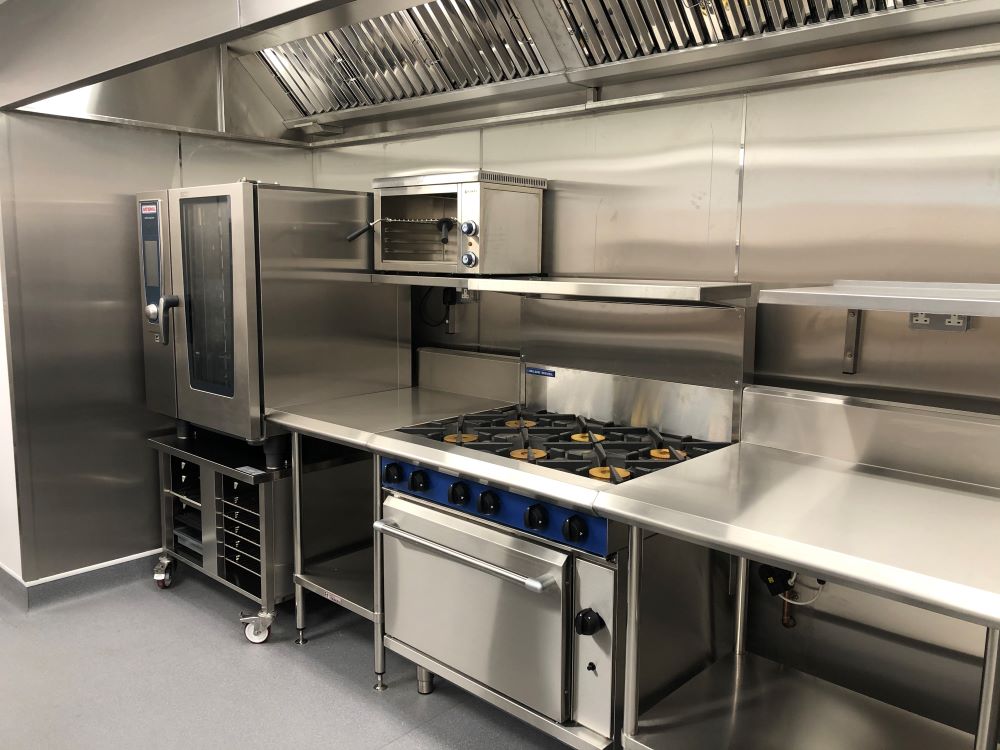 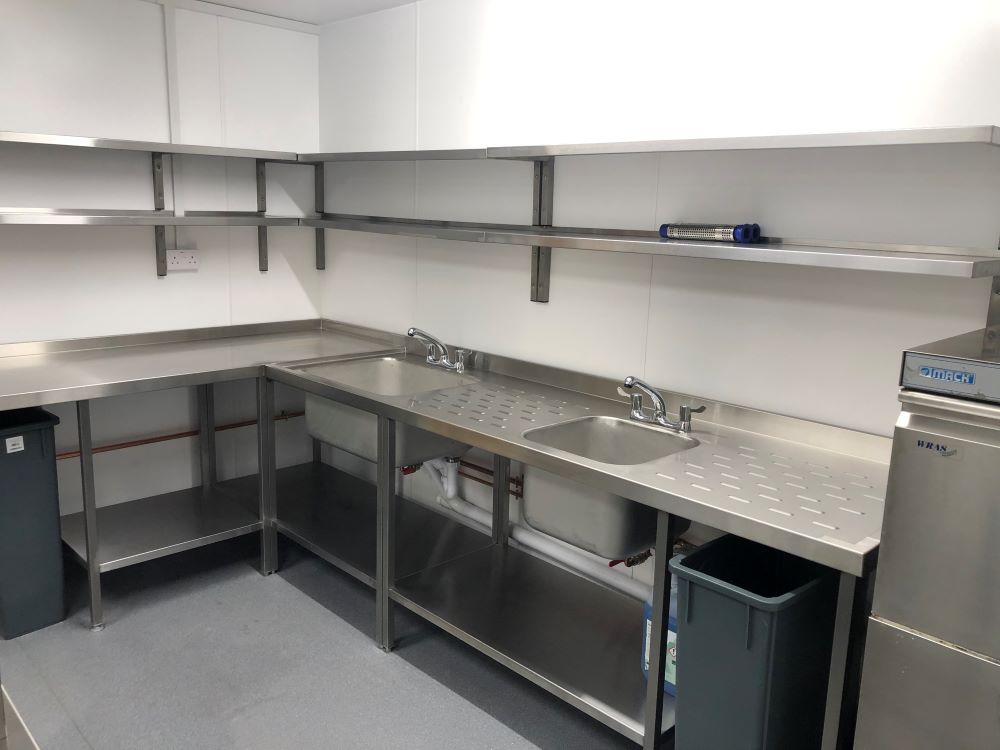 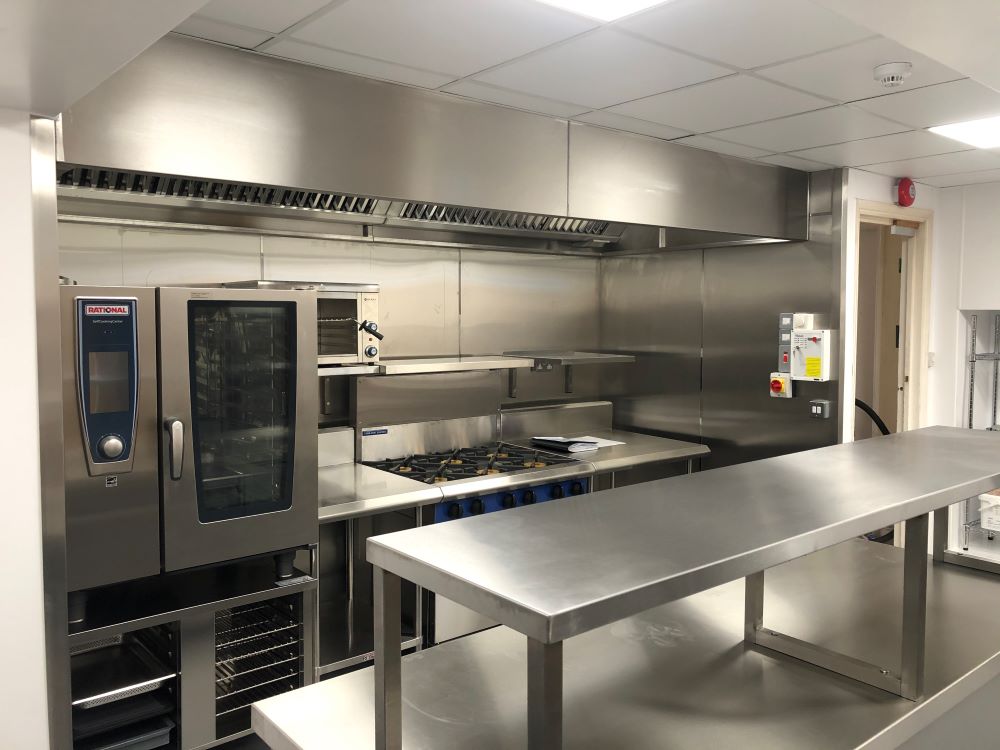 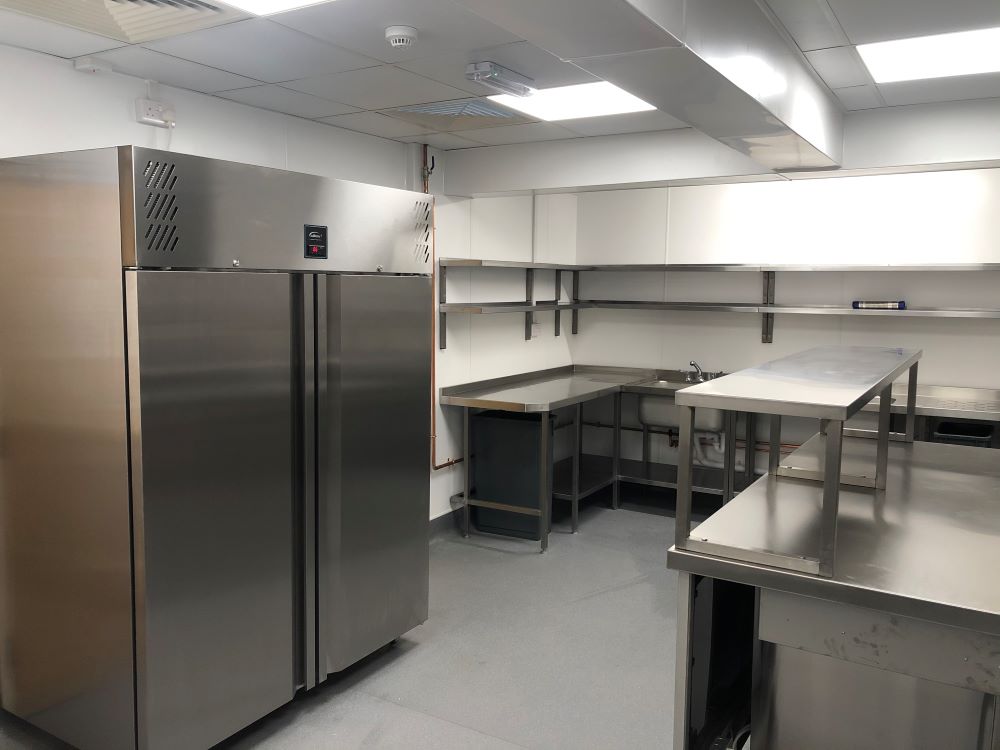 Kent Commercial kitchens were selected to install our new state of the art kitchen at St Michaels Care Home in Westgate On Sea.
We are a leading sixty bed private Nursing and Residential Home and as part of our extensive upgrade we needed a new kitchen and stores. I choose KCK as they are based in East Kent , a family business and provided an extensive, detailed quote on surveying our requirements.

They provided invaluable advice on kitchen layout and equipment requirements as well as putting the entire job into a time frame schedule of works that allowed us to be involved every step of the way. All the chaps involved in this not inconsiderable operation were courteous, well mannered and highly professional and the job was completed to a high standard within time. All little inevitable snagging problems were sorted without delay and the project manager was always available at the end of the phone.

I would highly recommend KCK for any kitchen works and most certainly within the care sector as they understood our specific needs.
Many thanks to all at Kent Commercial kitchens