The Langton Grammar School for Boys is an English school of over 1,300 pupils and staff, located on the outskirts of Canterbury, Kent. It holds both foundation and grammar school status.

We were contacted by the school and asked to supply a new pupil canteen main servery for hot, cold and ambient foods.
Providing heavy-duty equipment that will put up with the rigors of school life was important so we recommended Victor Manufacturing appliances, who have been specialists in this field for over 70 years.

We were also asked to redesign the pupil area which needed to get hundreds of pupils through the area at breaks and dinner very quickly and had a less than efficient customer flow due to poorly located T shaped till point island right in the middle of the servery and three doors into the area which often led to confusion for queuing.

The old counters were removed for disposal by us as a licensed waste carrier as unfortunately there was little chance of recycling such old equipment. We then adapted the site electrical supply to the new counters and positioned the new units.

The change to an island till point away from the counters near to the exit door made for a considerable improvement in traffic flow and the blocking up of the middle of three doors led to a clear entrance to the servery to till to exit traffic flow.

Our works were completed during the summer holidays causing no disruption to the kitchen, 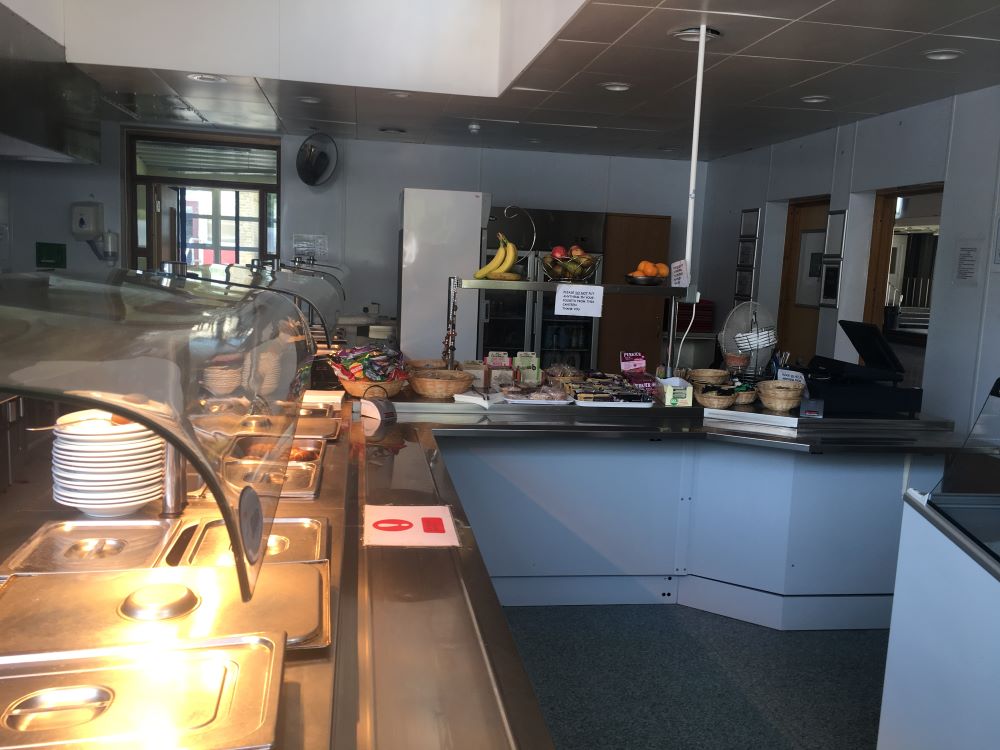 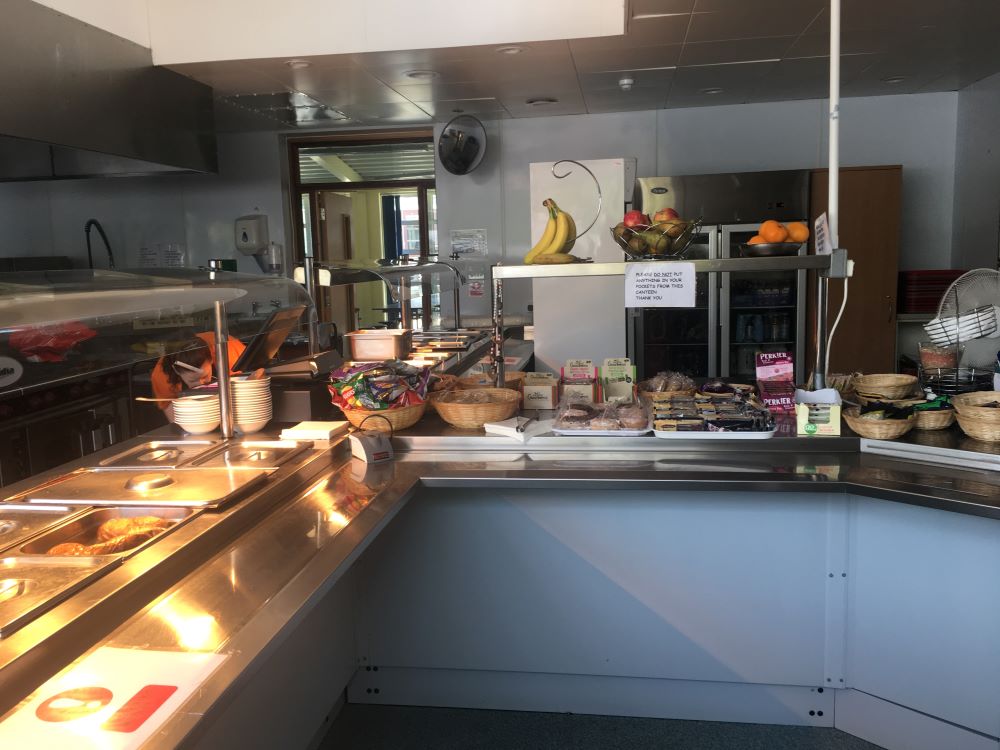 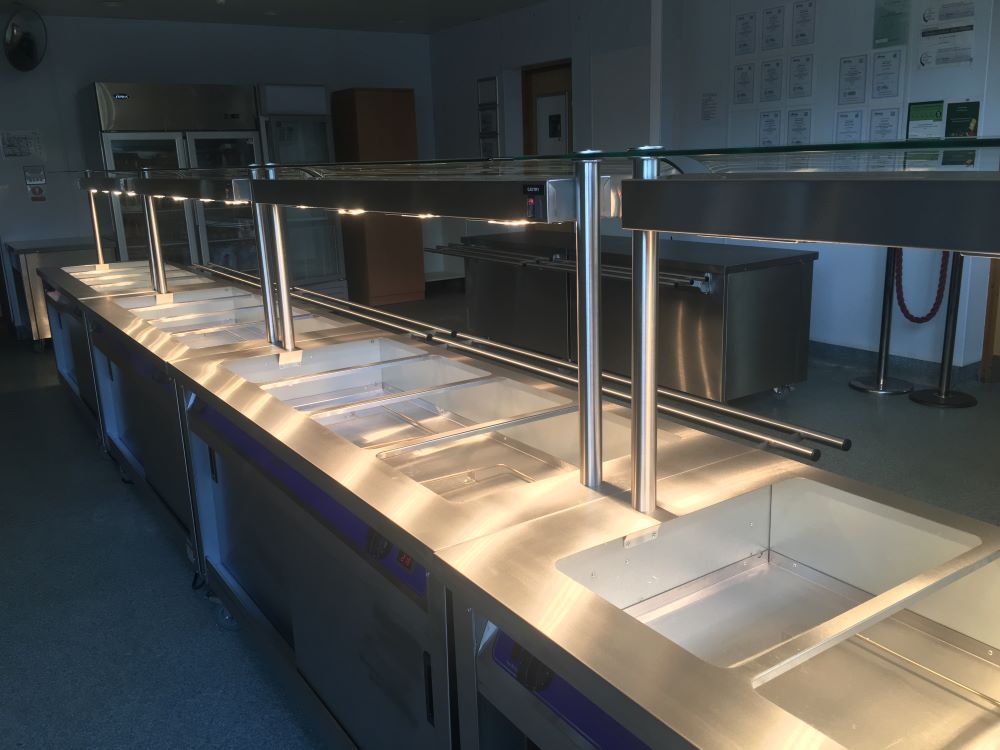 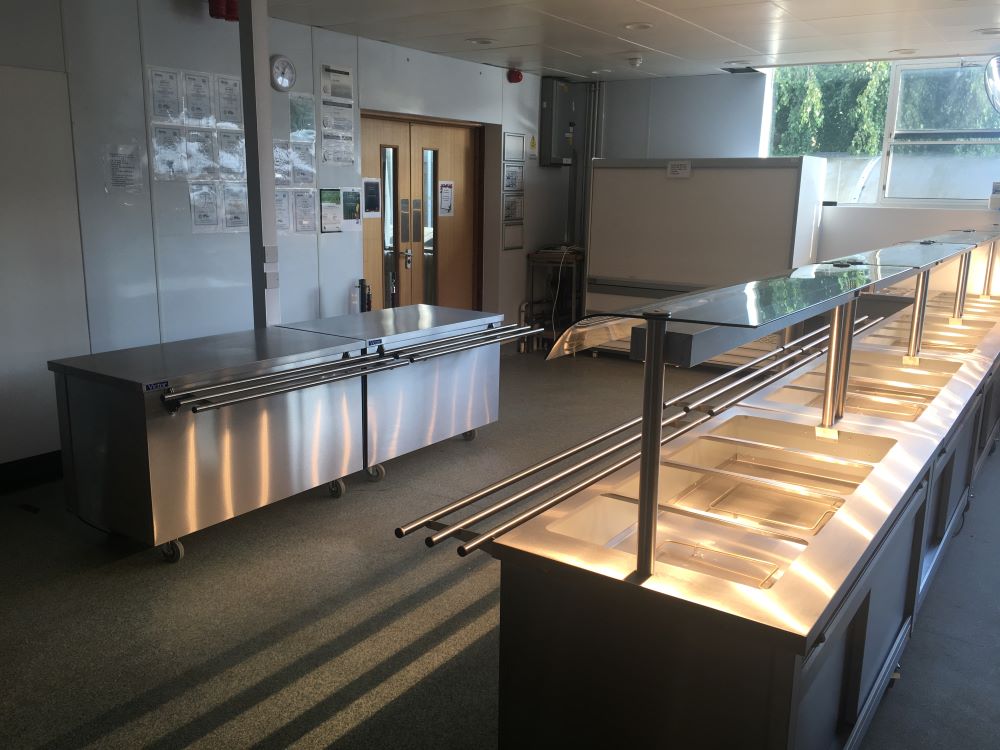 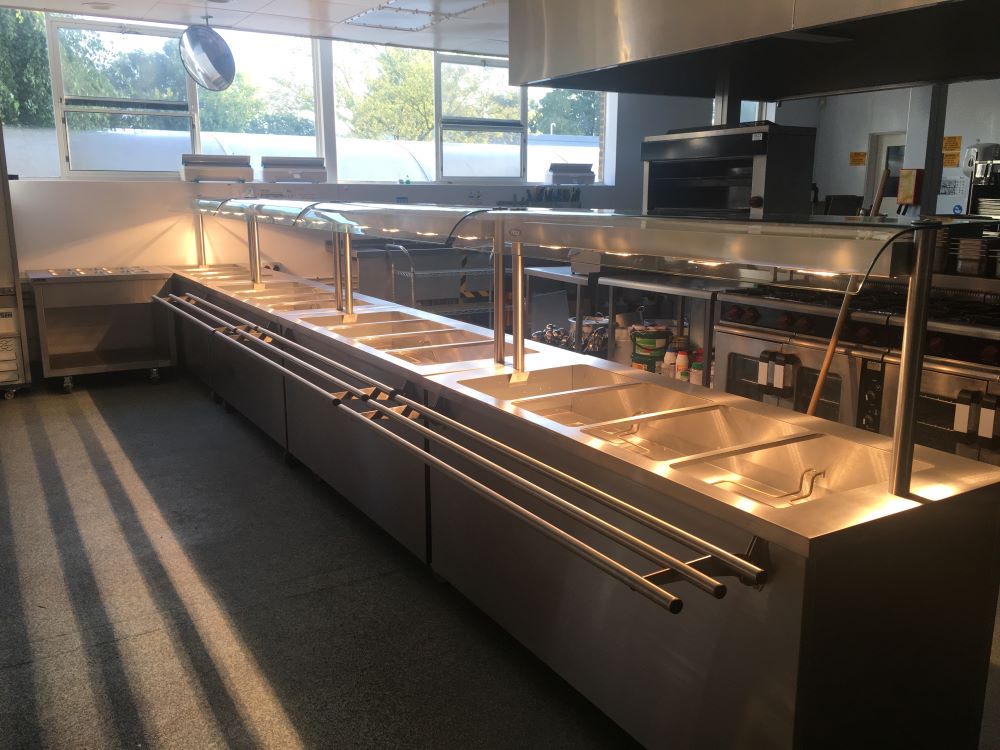