Wye School is a mixed free school based in the village of Wye near Ashford, the school caters for students aged 11–18 years.
We had an existing business relationship with the school having carried out a partial refurbishment of their old and temporary kitchen a couple of years ago, whilst they waited for funding for the major school works that were planned.

Existing customer or not we never take things for granted so worked hard on a layout and proposal for their new much larger kitchen.

Works were carried out during a very hectic summer holiday. Main contractors Rydon had considerable works going on around the school including the replacement of mobile classrooms with a permanent building.
Once they had prepared the kitchen we were able to install a new extraction canopy, slip-resistant vinyl flooring and Whiterock wipe clean Upvc wall cladding.

New Blue Seal and Rational cooking appliances were installed along with a Maidaid minrack conveyor dishwasher with an EPAS mechanical grease removal system.
We were able to re-use a number of the schools existing Foster refrigerators (some provided by us during the first refit) but had to provide additional servery hot cupboards to enable the school to process their much-increased number of lunchtime diners.

Our works were completed on time just one week before the school re-opened for Autumn allowing time for staff training on the new appliances and re-stocking of the new kitchen. 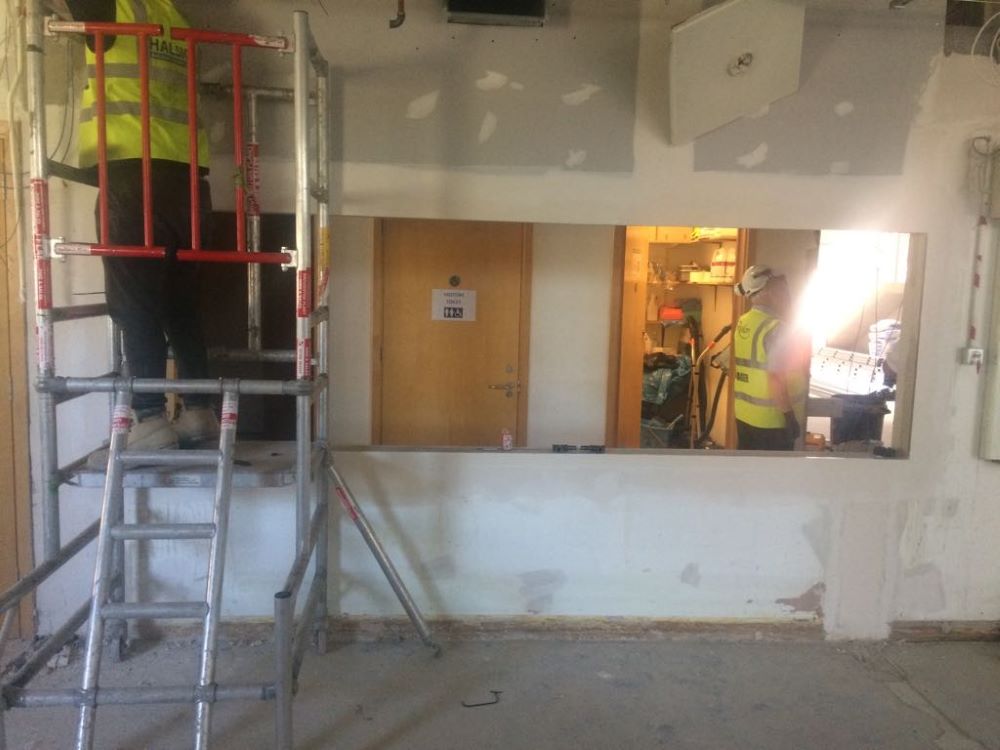 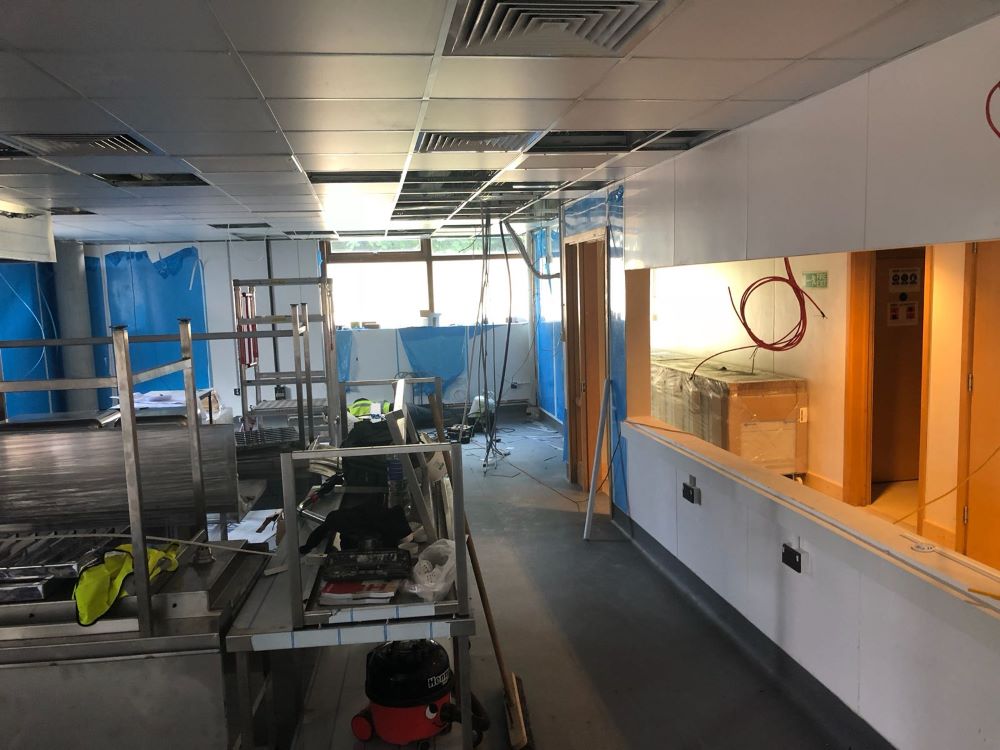 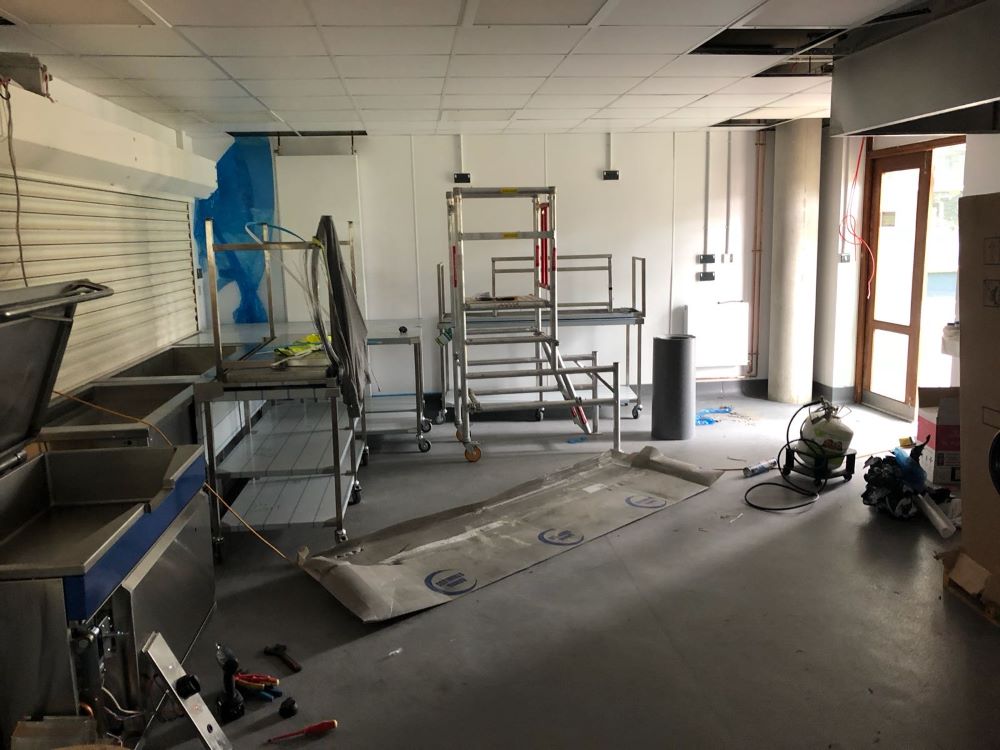 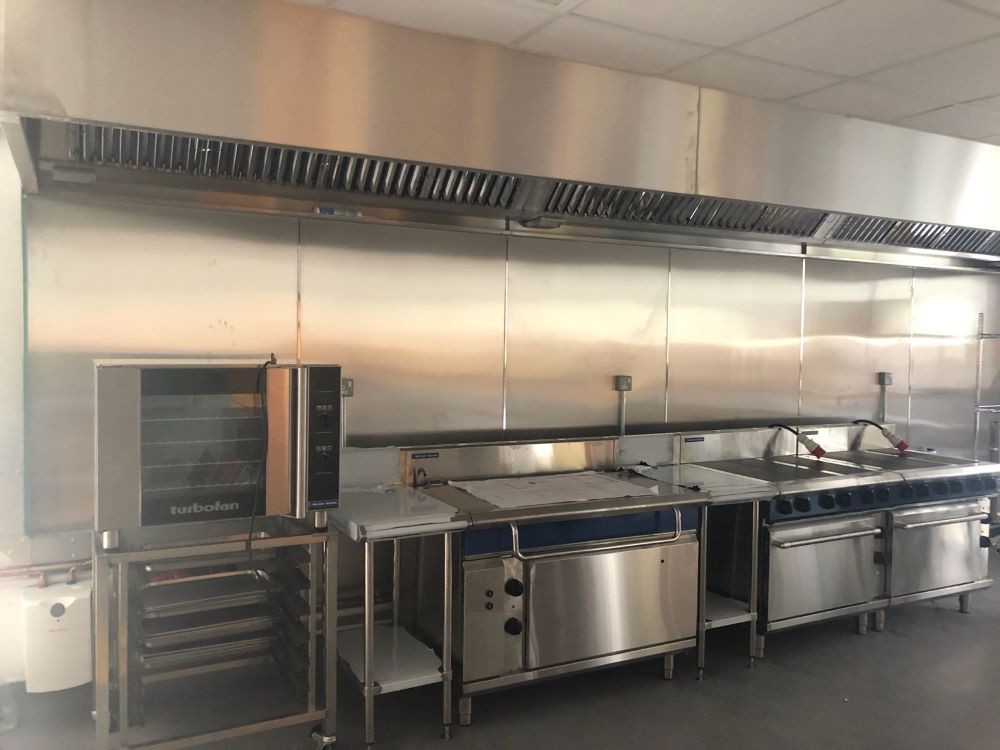 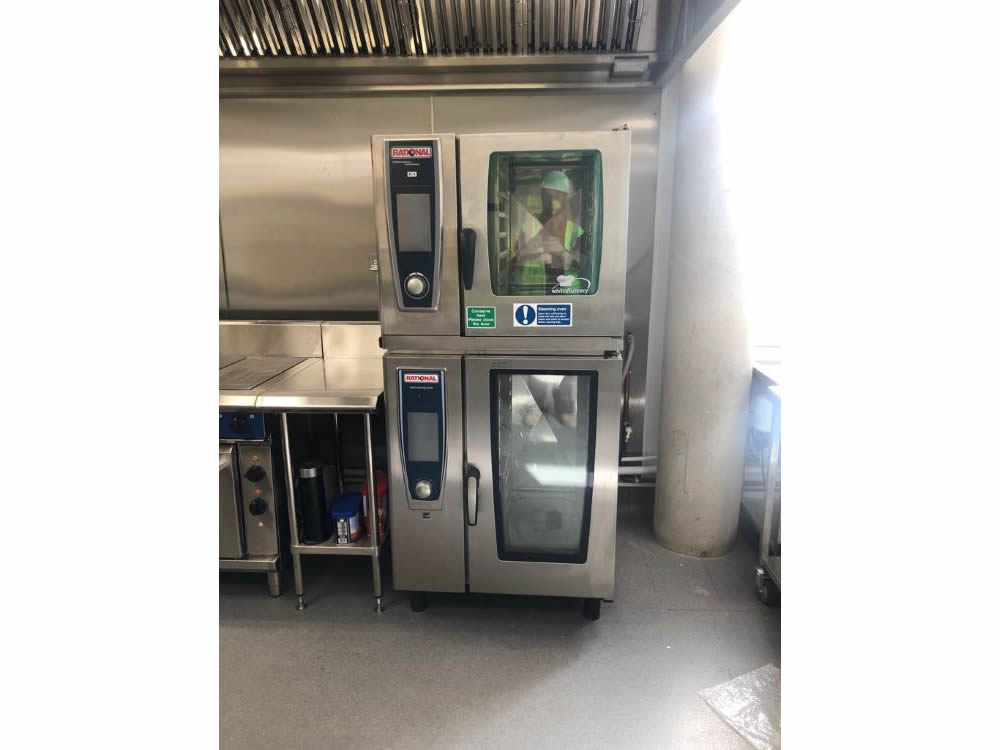 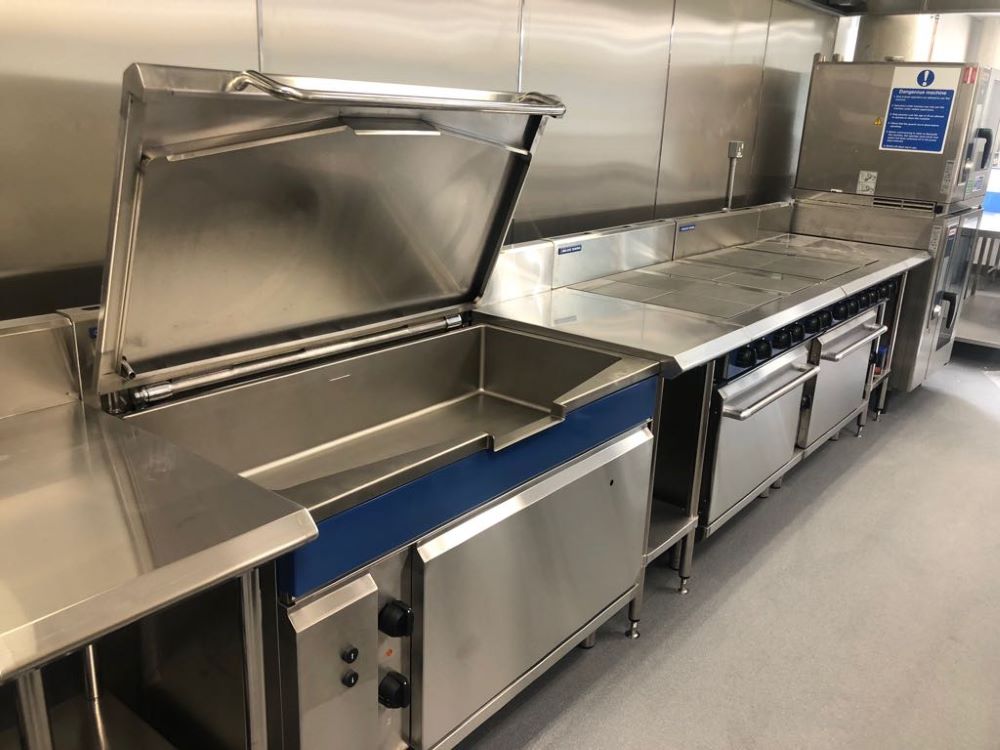 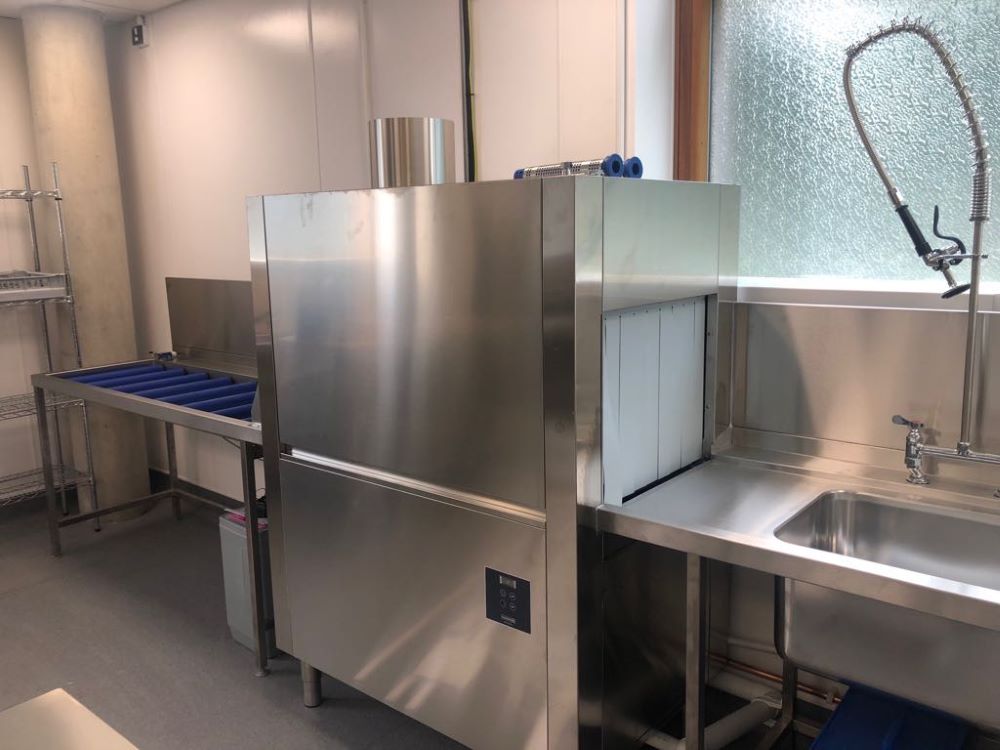 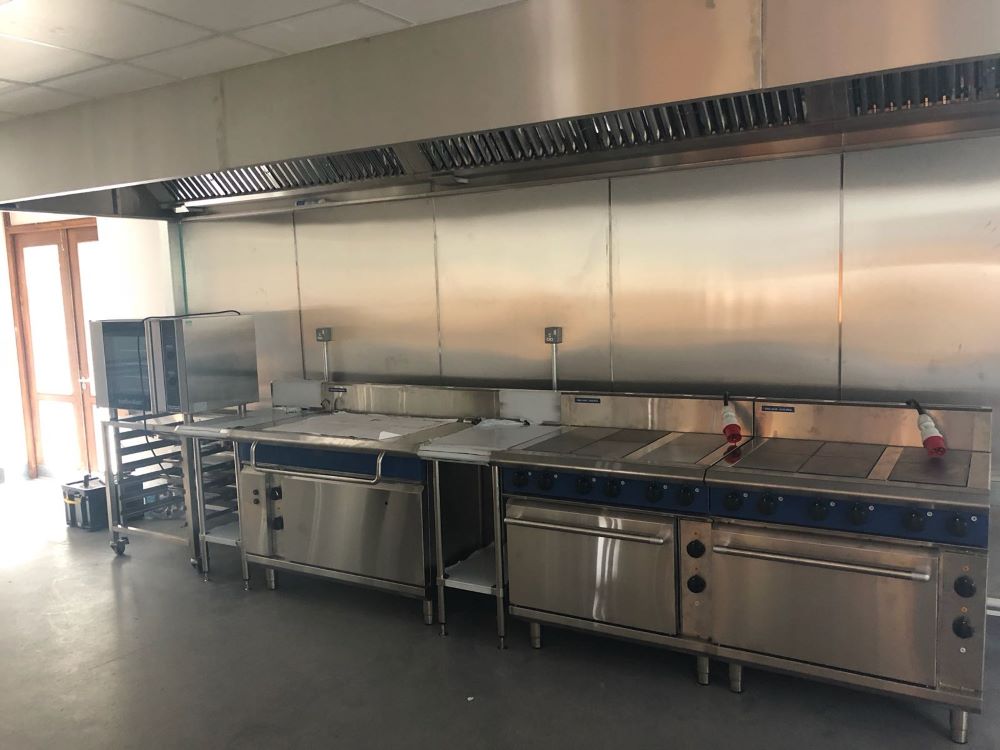