The club contacted us to discuss entirely renewing their ancient kitchen which whilst very clean and still working fine had done great service and was in much need of an upgrade.

After a period of negotiation with the club on the design and layout that would allow the kitchen team to slip easily into the new space and allowed flexibility and further changes with ease into the future we were awarded the contract.

After dismantling for disposal most of the old kitchen appliances, including prime cooking equipment from the early 70's we removed the old vinyl flooring and aluminium extraction canopy.

A new island extraction canopy with noise reducing measures and a central services spine were installed.
We next clad all wall surfaces with Bioclad hygienic and easy to keep clean Upvc materials and laid Altro stronghold slip resistant flooring as a further hygienic and safe covering, The room was finished off with a wipe clean suspended ceiling complete with LED flat panel lighting.
All of which creates a bright, hygienic and safe working environment that is hard wearing and easy to keep clean.

The kitchen received an electrical upgrade by us and new plumbing throughout the main working area.
We then supplied some new cooking equipment from Blue Seal and Rational. 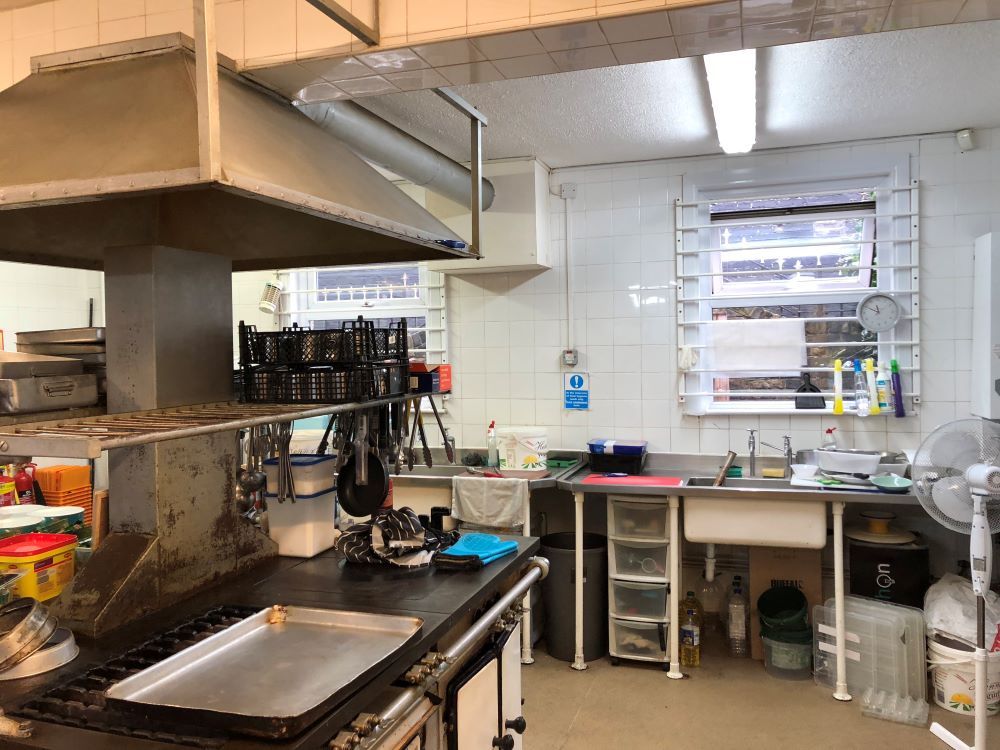 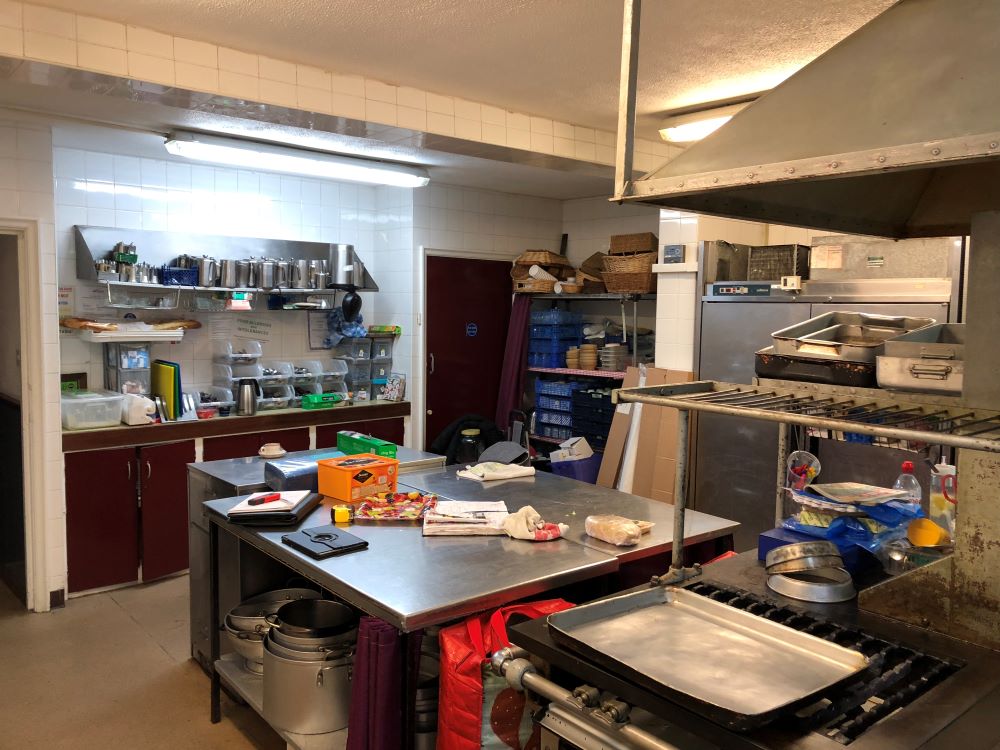 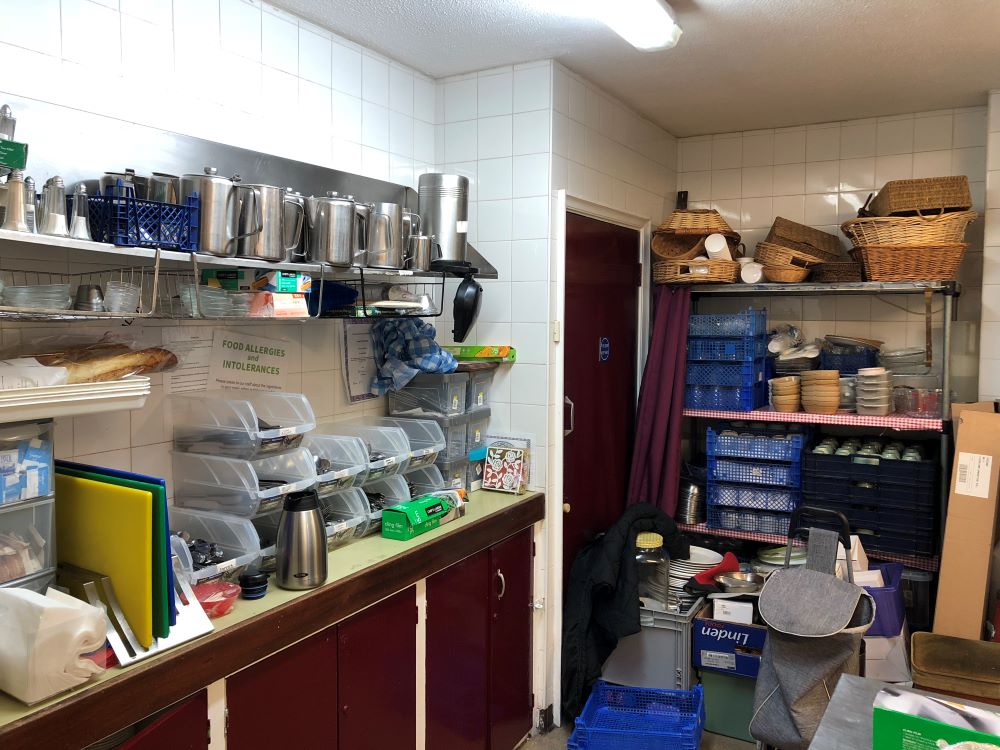 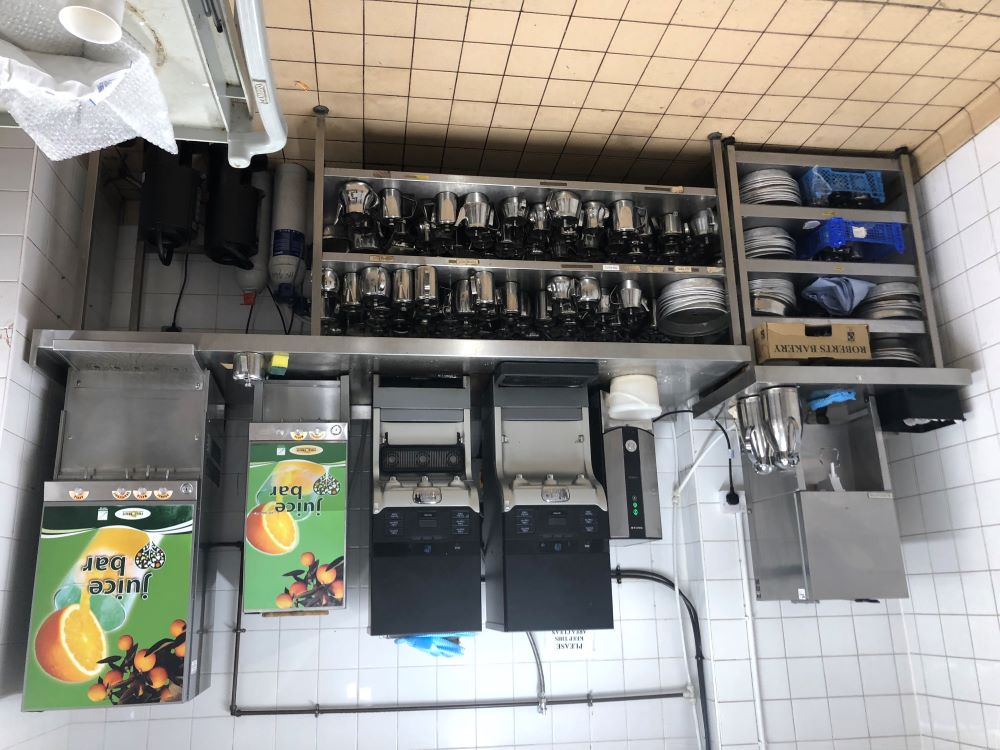 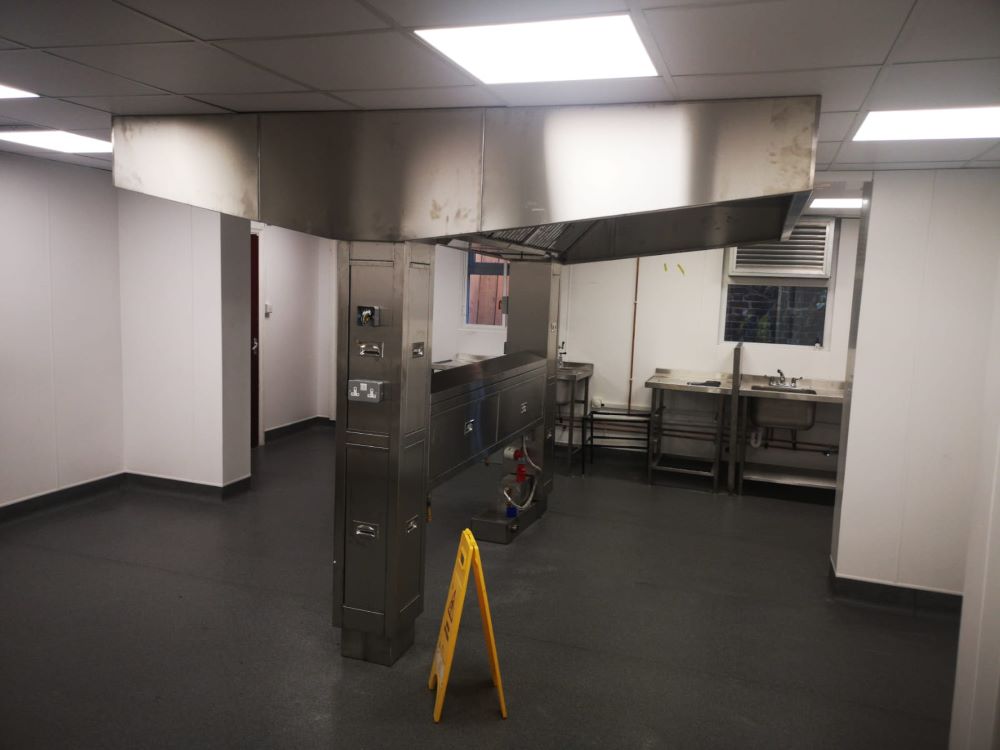 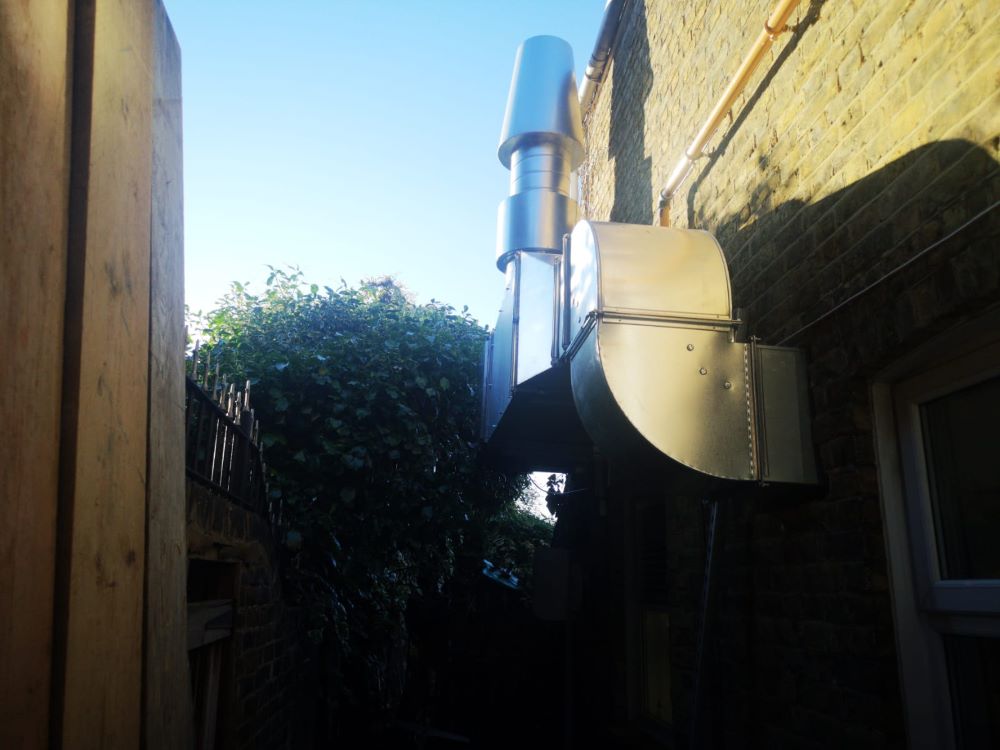 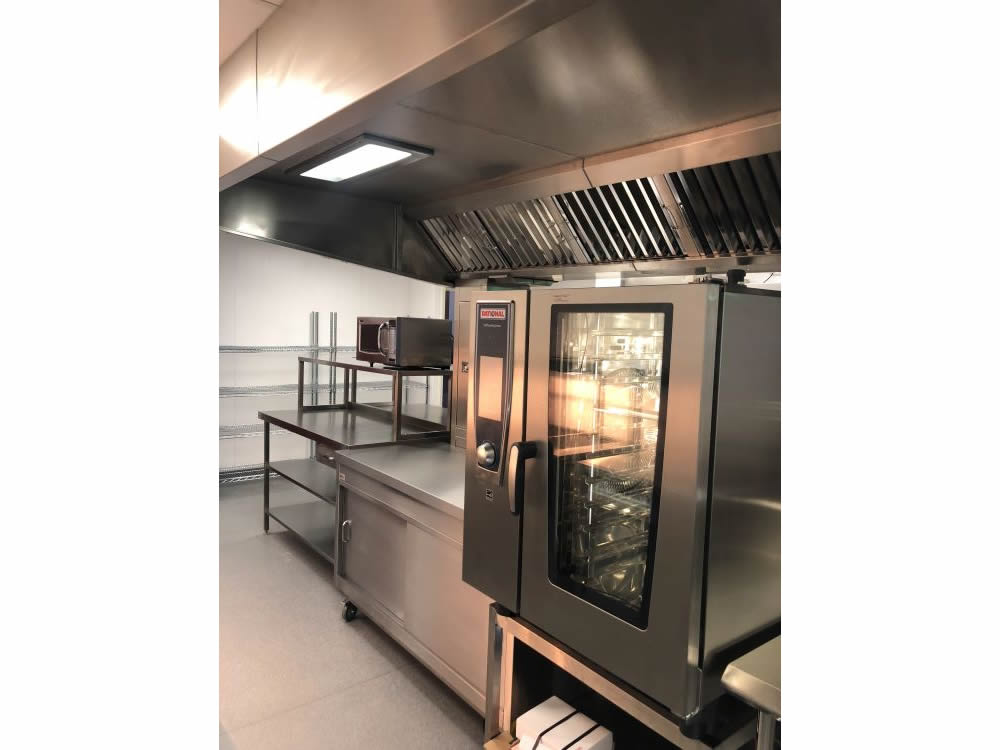 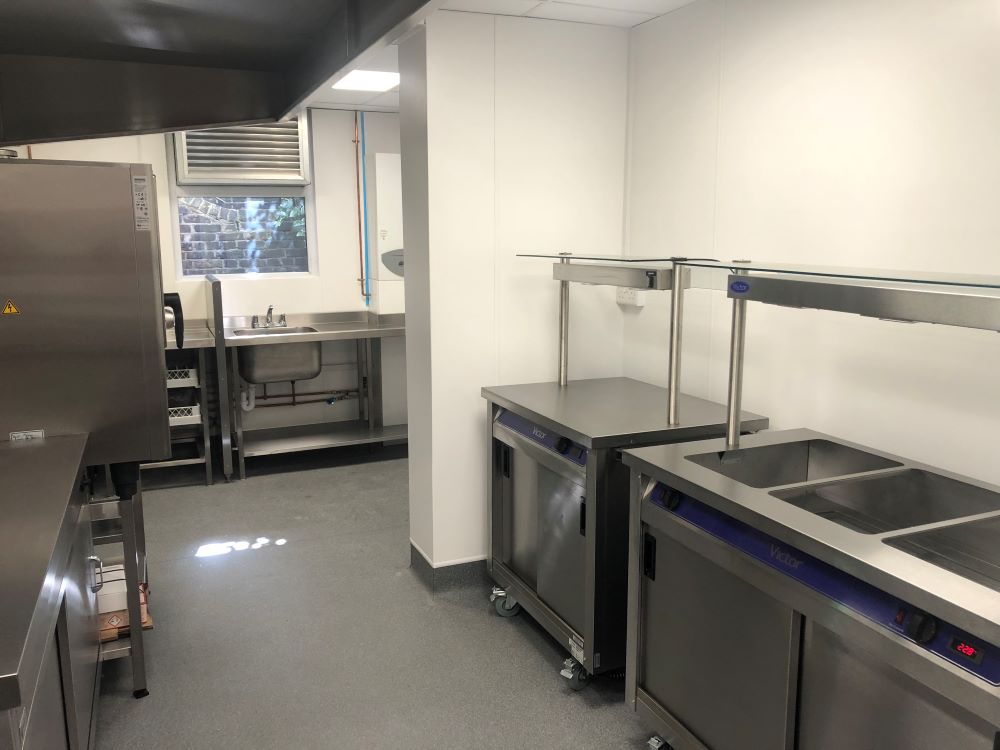 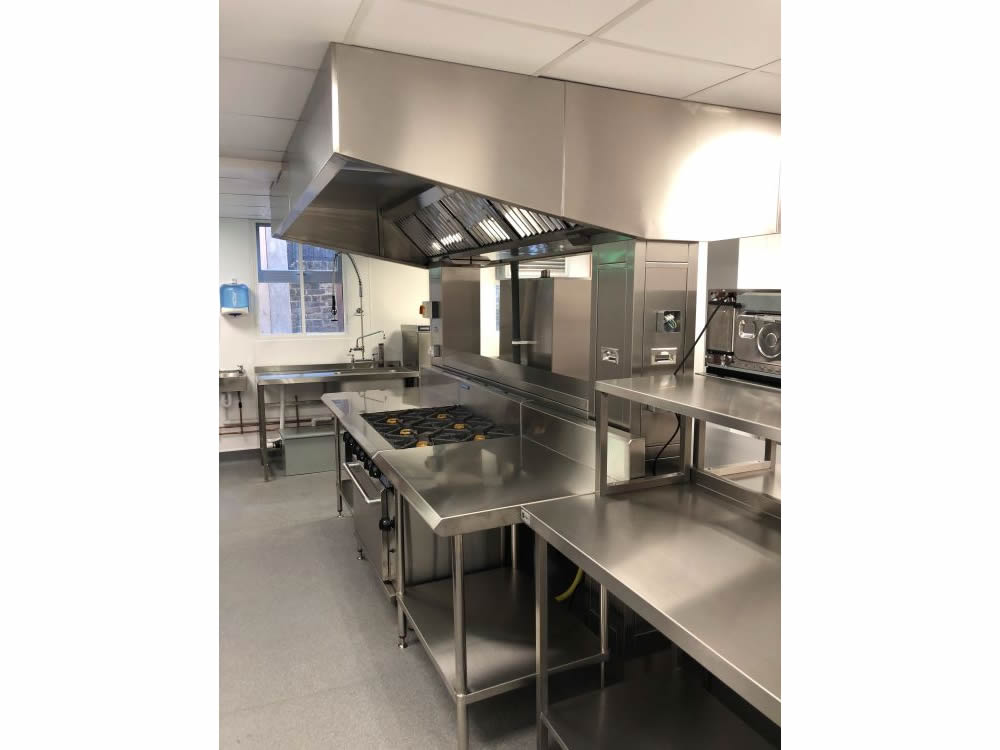