After a couple of site visits and a number of telephone consultations, we were contracted to bring this 1970's school kitchen up to date.

We removed the central island canopy and services spine as the use of space and workflow around the room was poor.
All existing electrics and plumbing were removed as again in need of an update.

Altro non-slip flooring was put down and Bioclad hygienic wall surfaces added.
After the new wall sited extraction canopy was installed we added a suspended ceiling with flat panel LED lighting.
The entire kitchen area was re-wired and nearly all of the kitchen plumbing renewed.

New equipment included Blue Seal electric range ovens and a Rational Combi oven - where possible we re-used some of the school's existing equipment such as the pass-through dishwasher and a servery counter.

Works were completed during the school's summer holiday period with equipment and training organised for a few days before the kitchen re-opened. 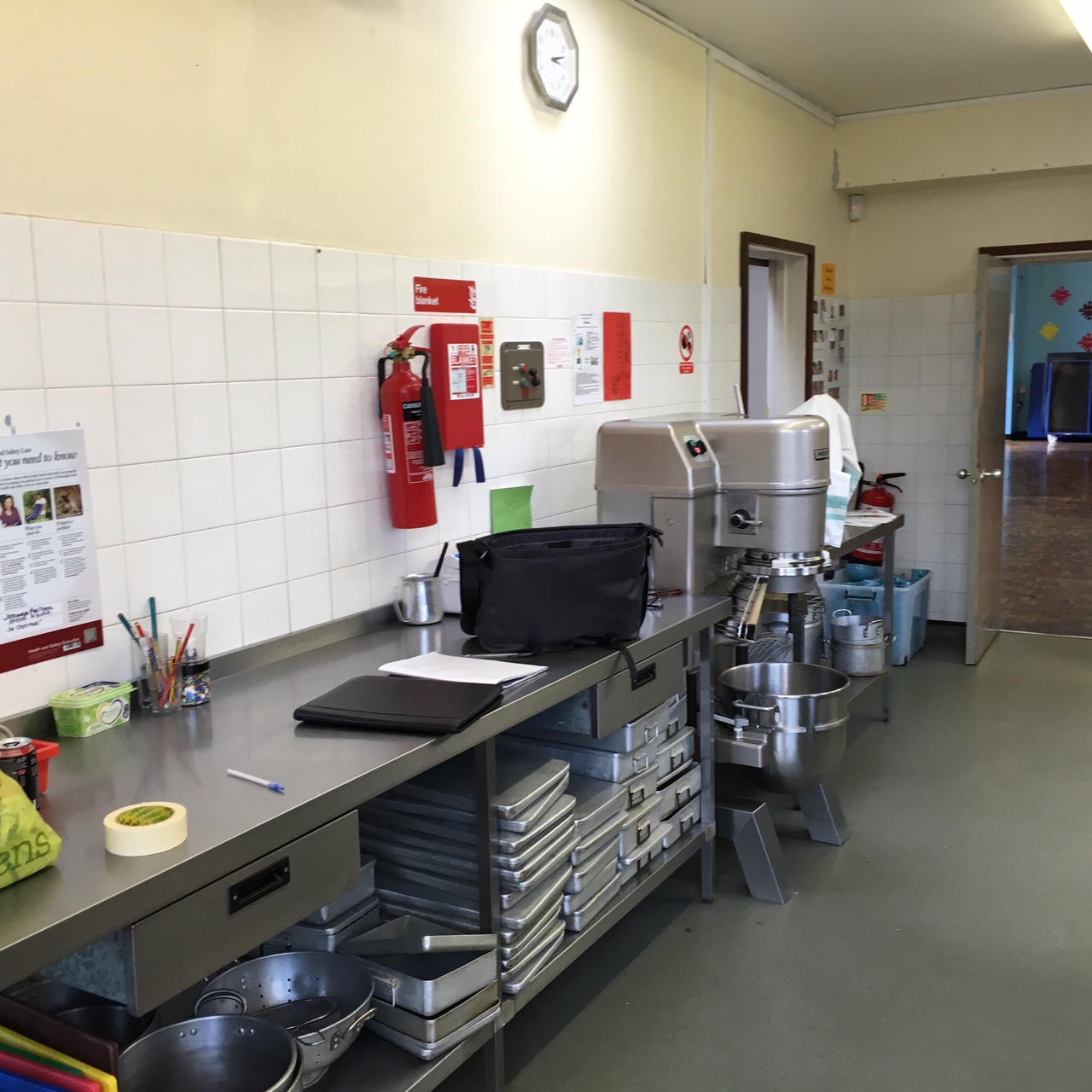 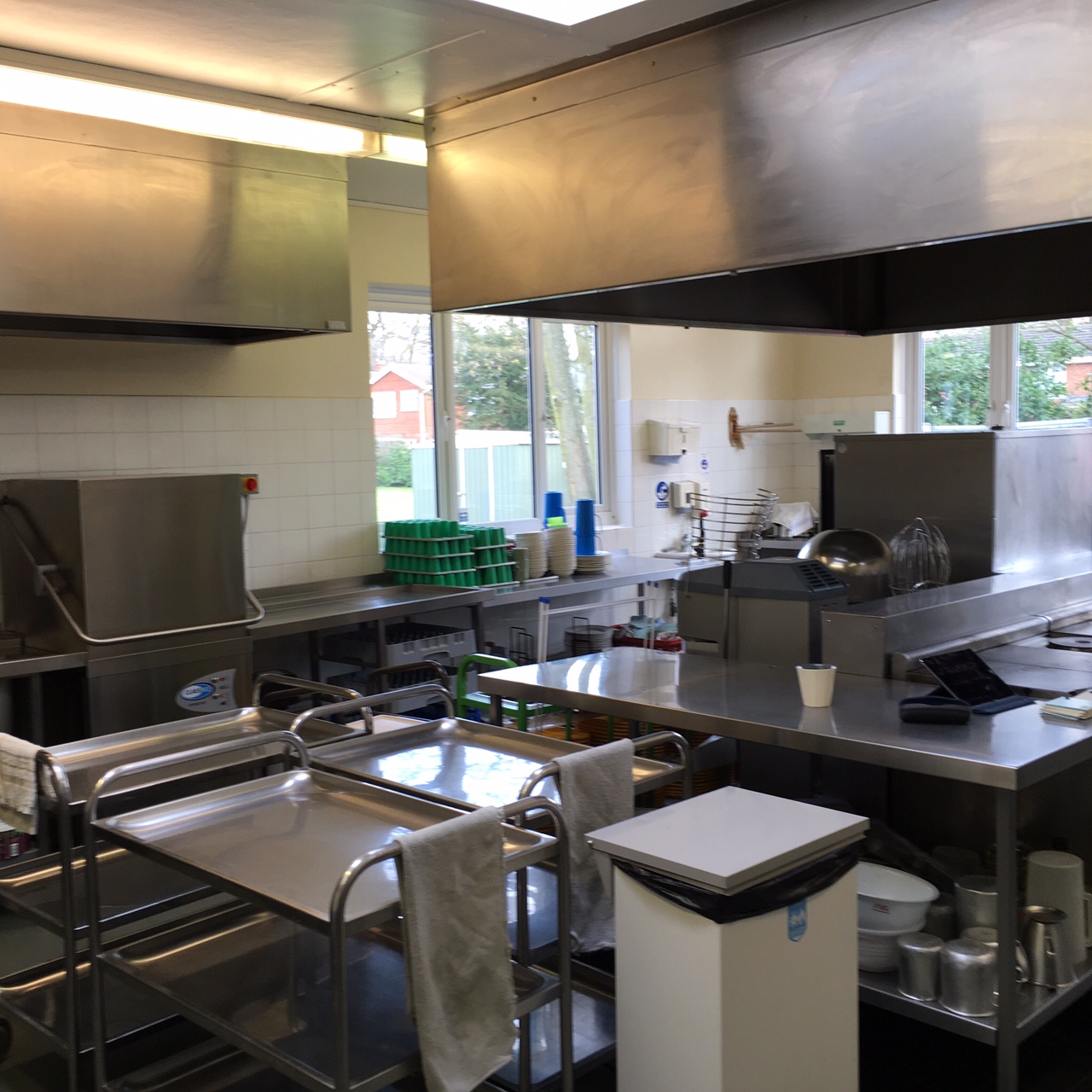 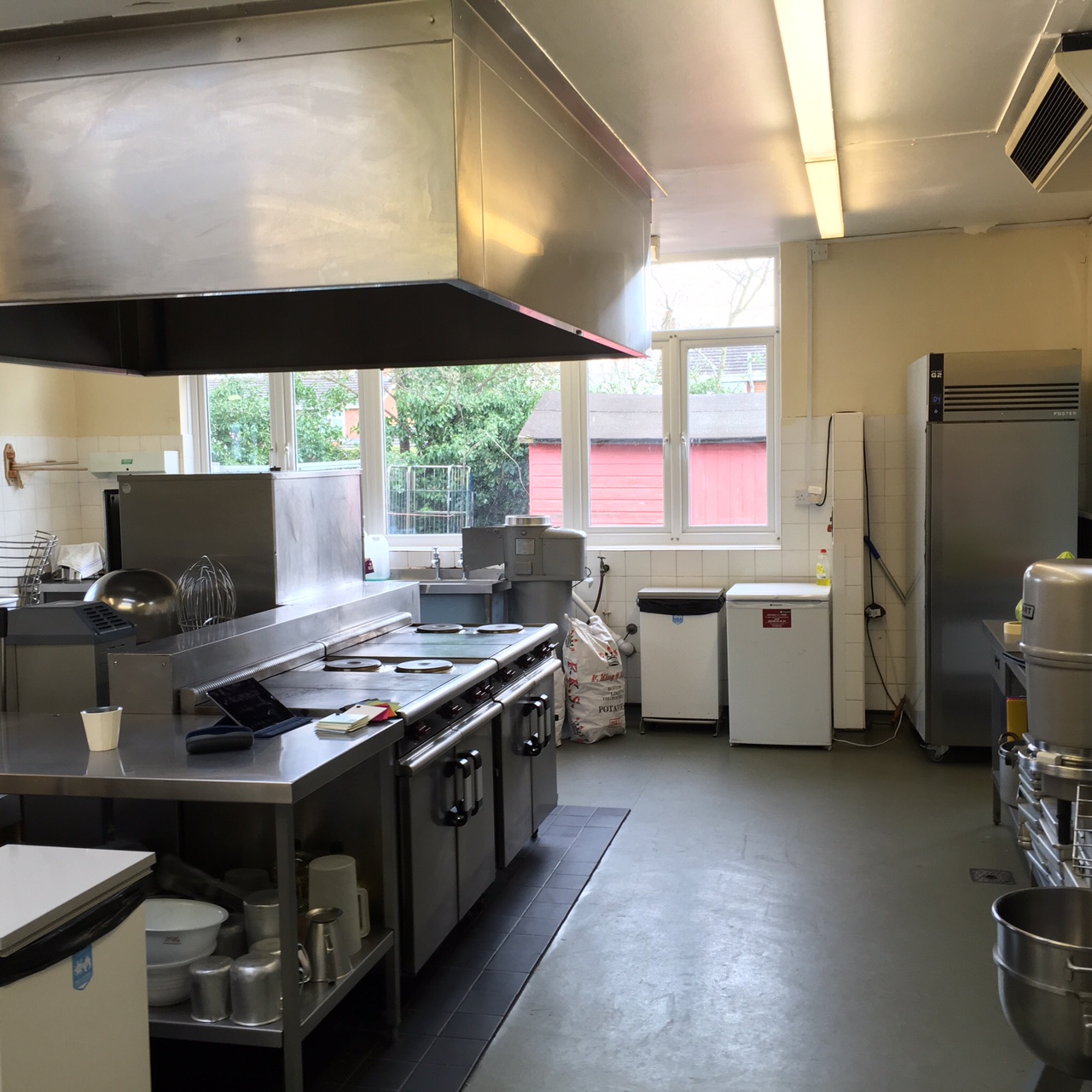 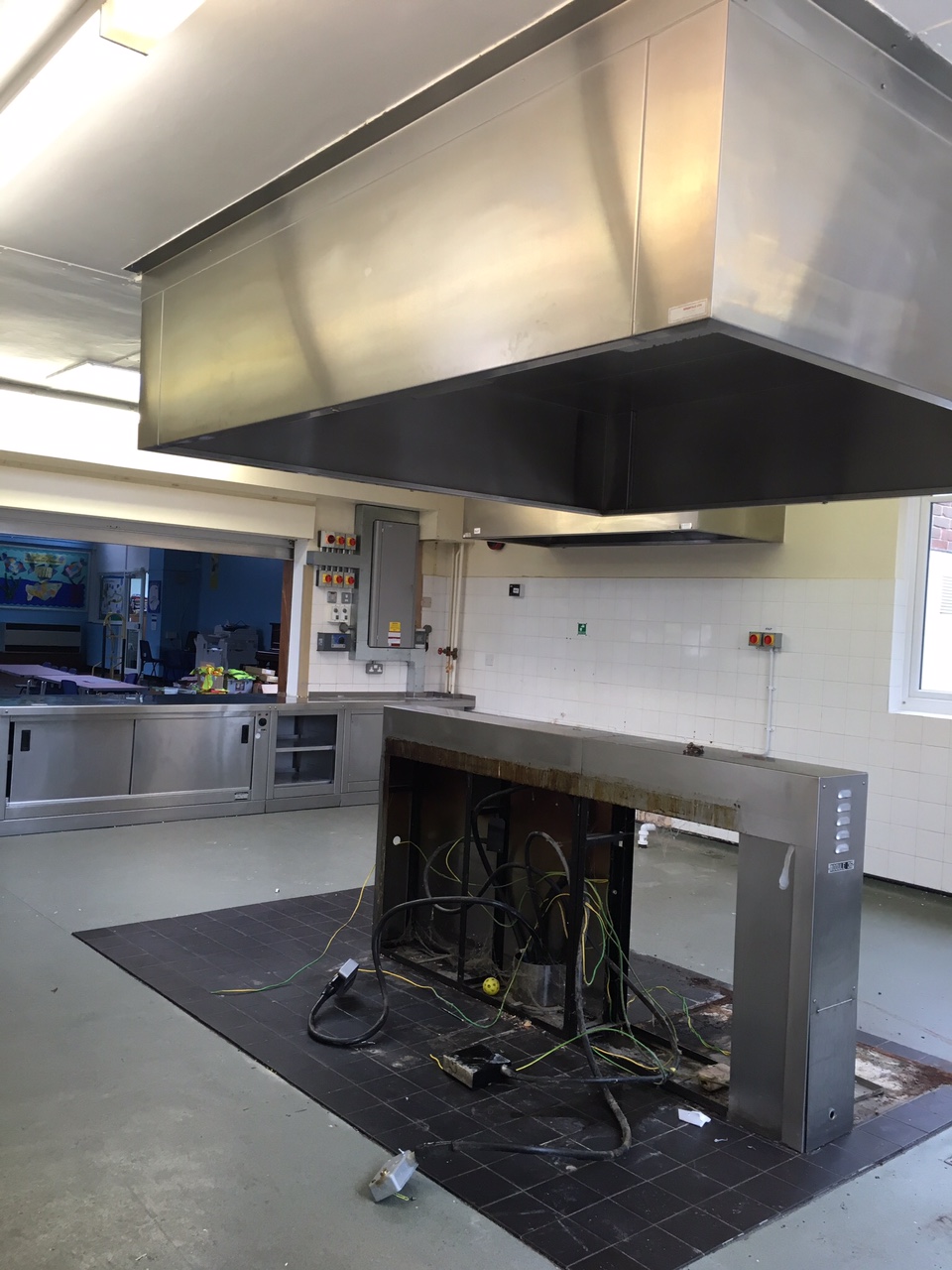 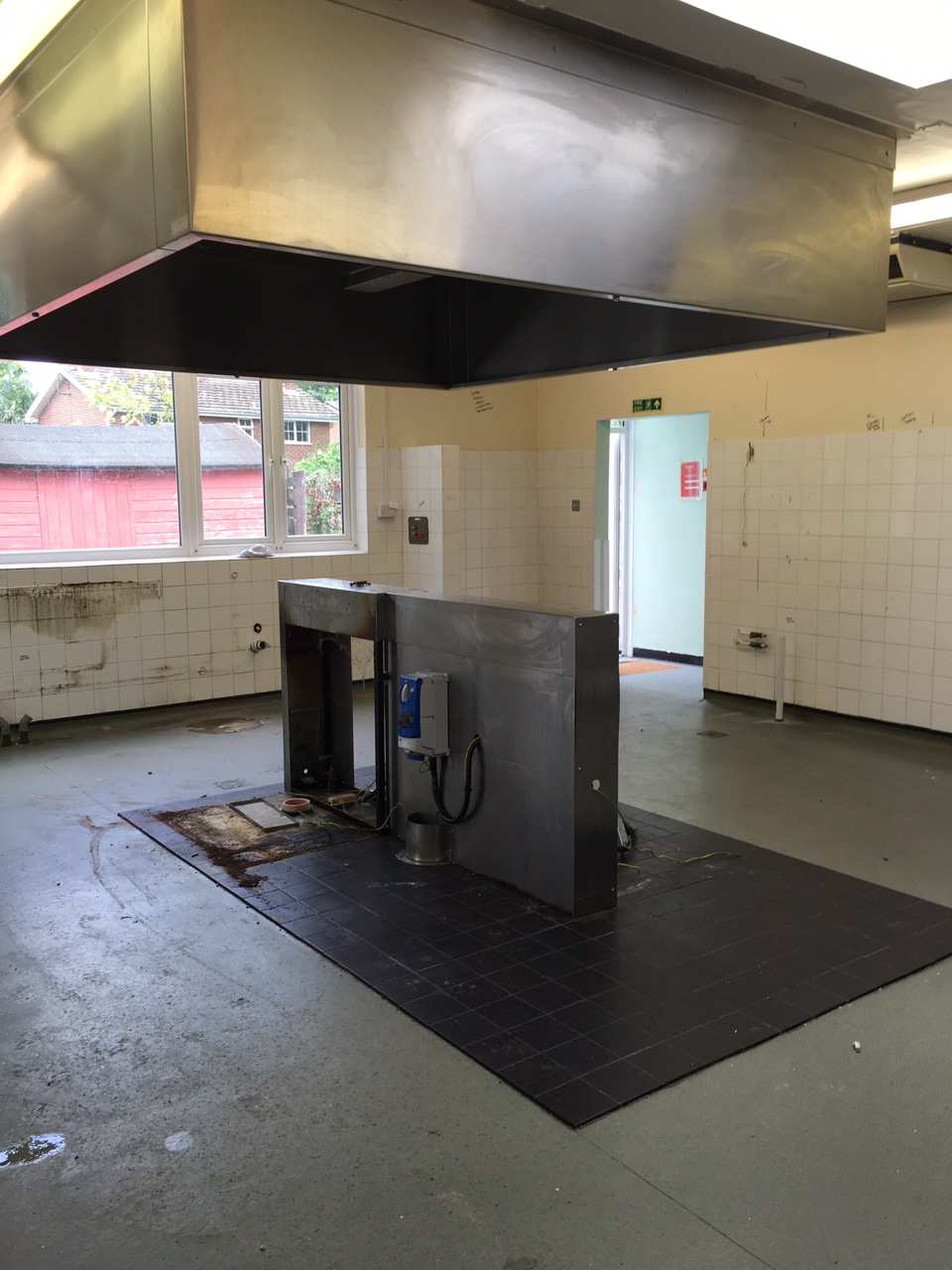 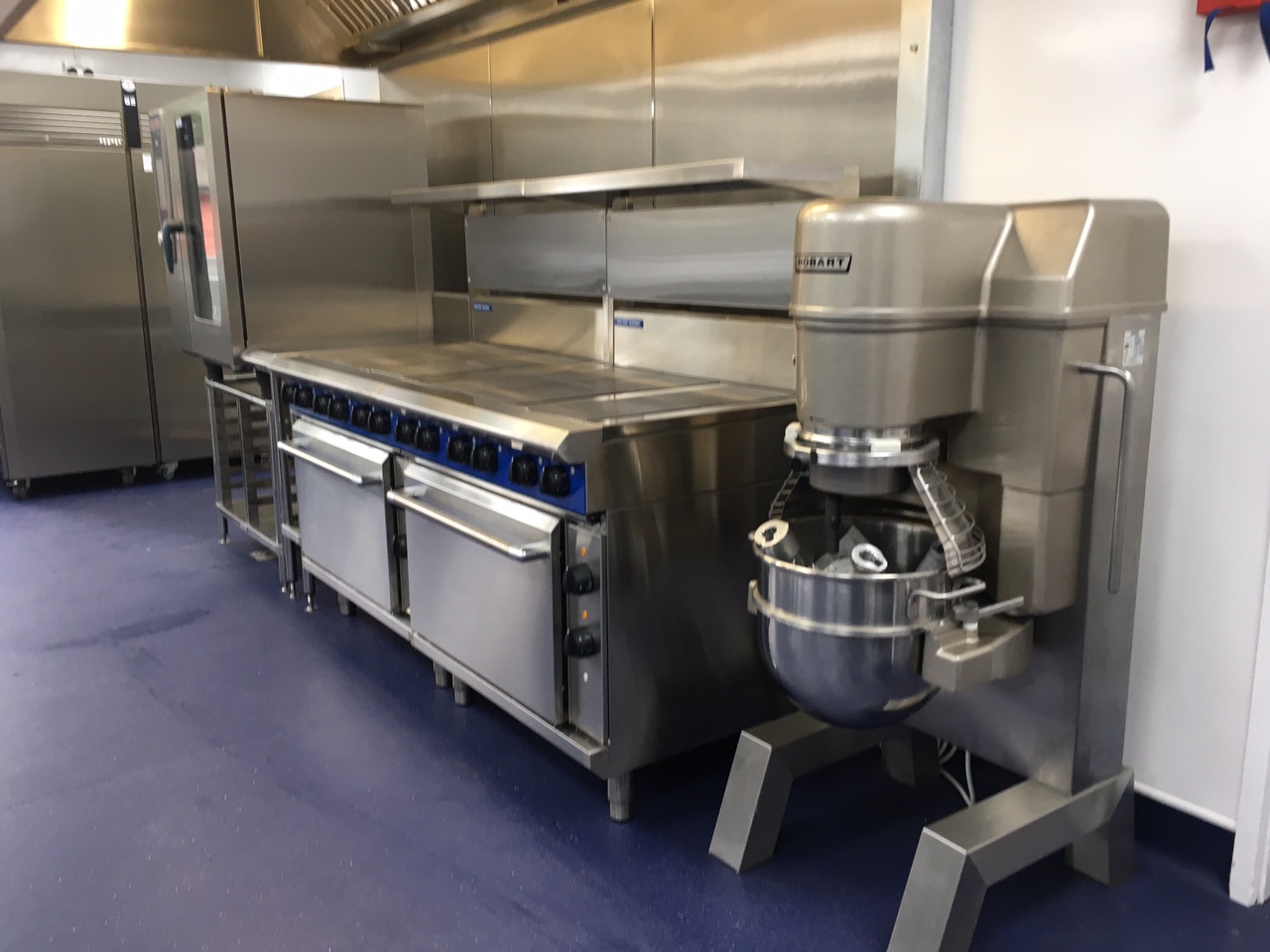 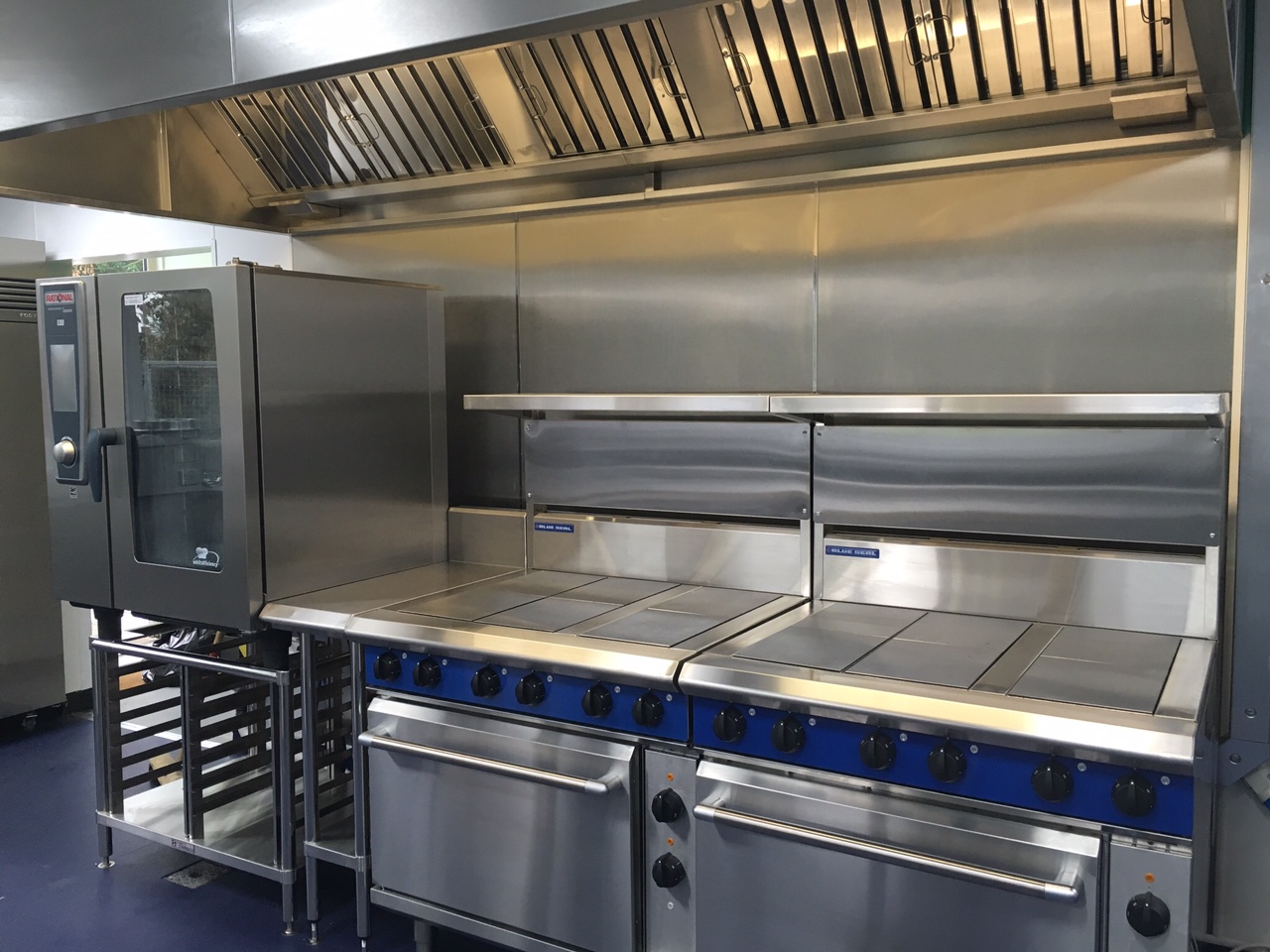 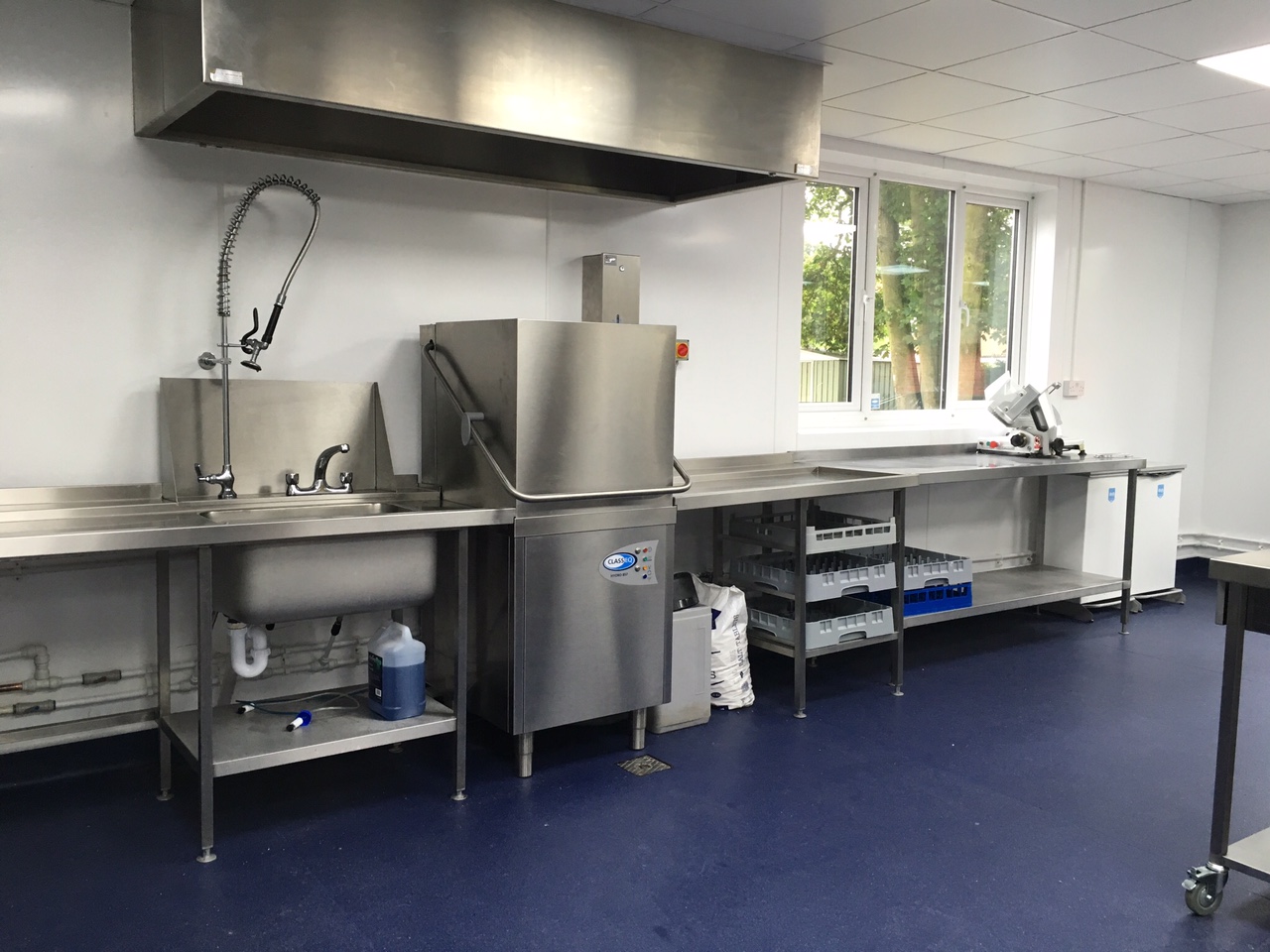 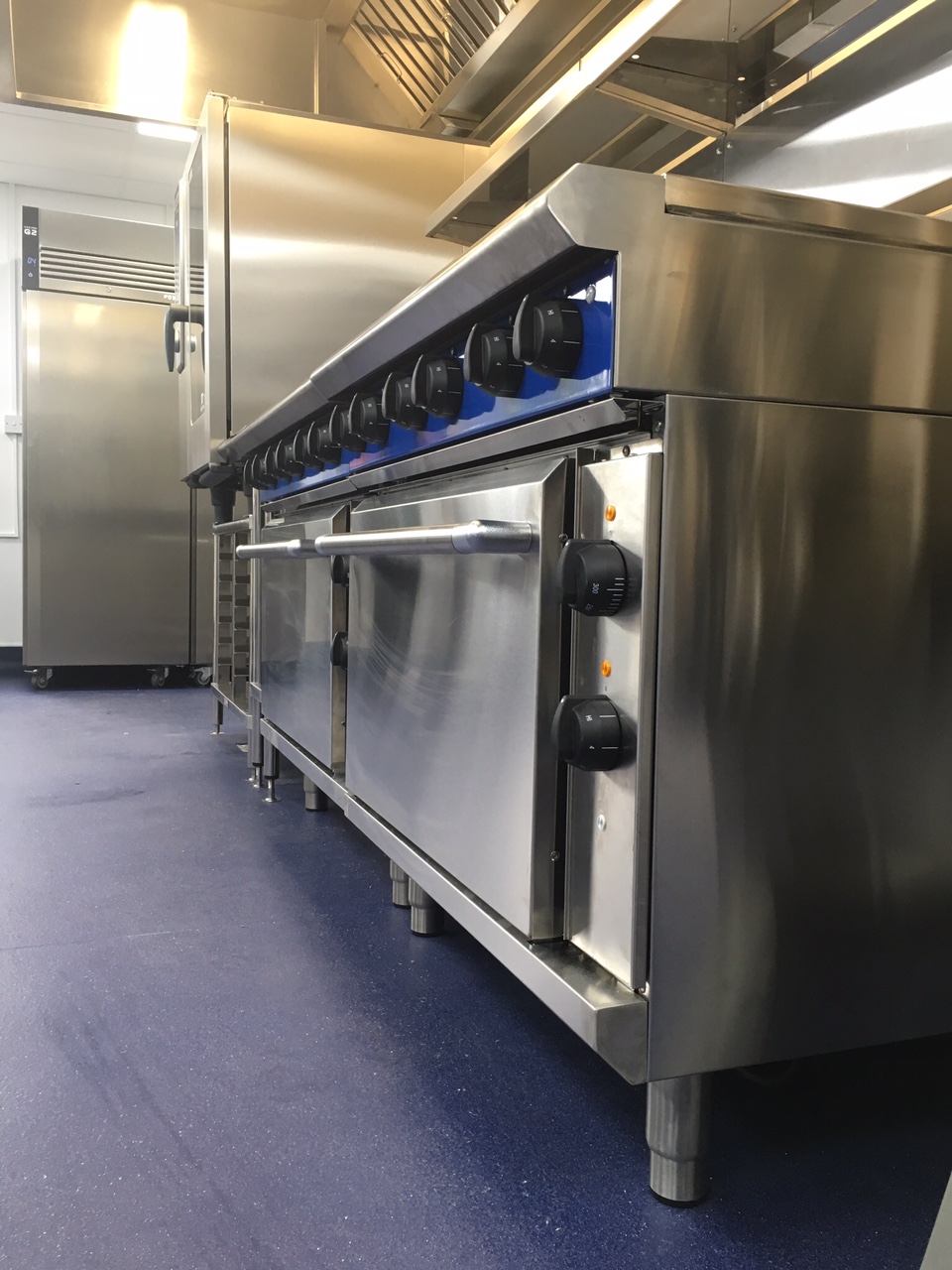 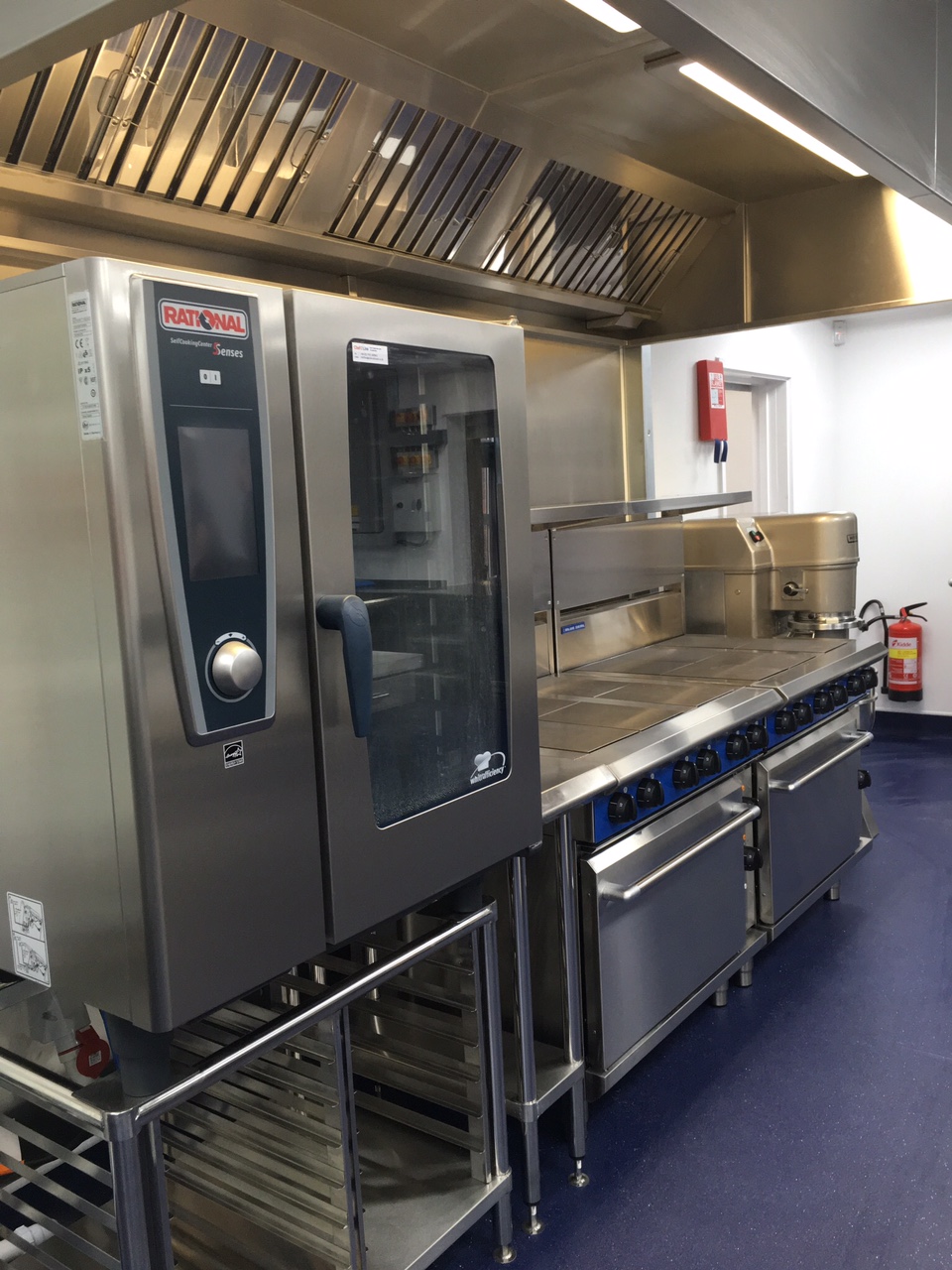 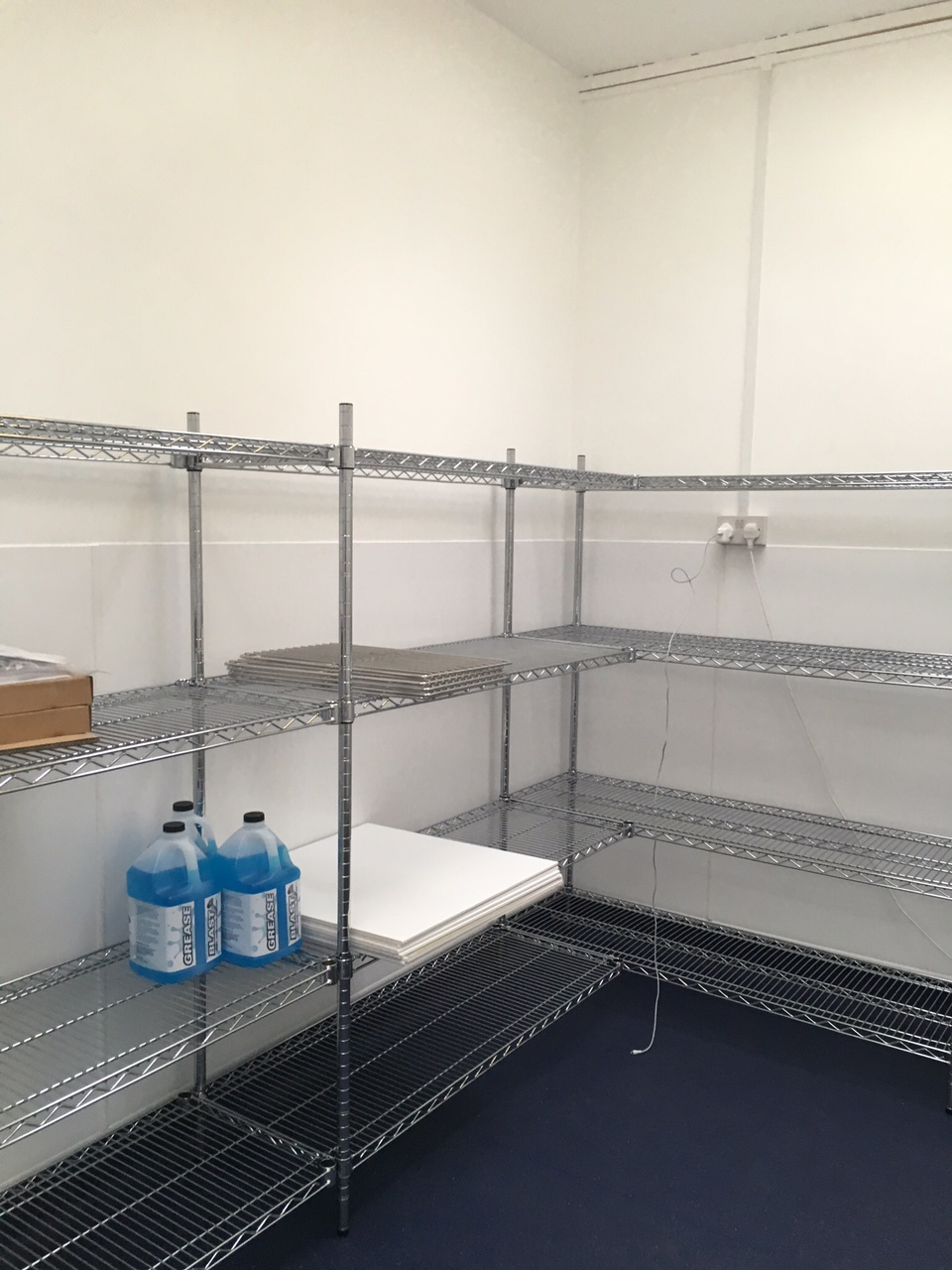 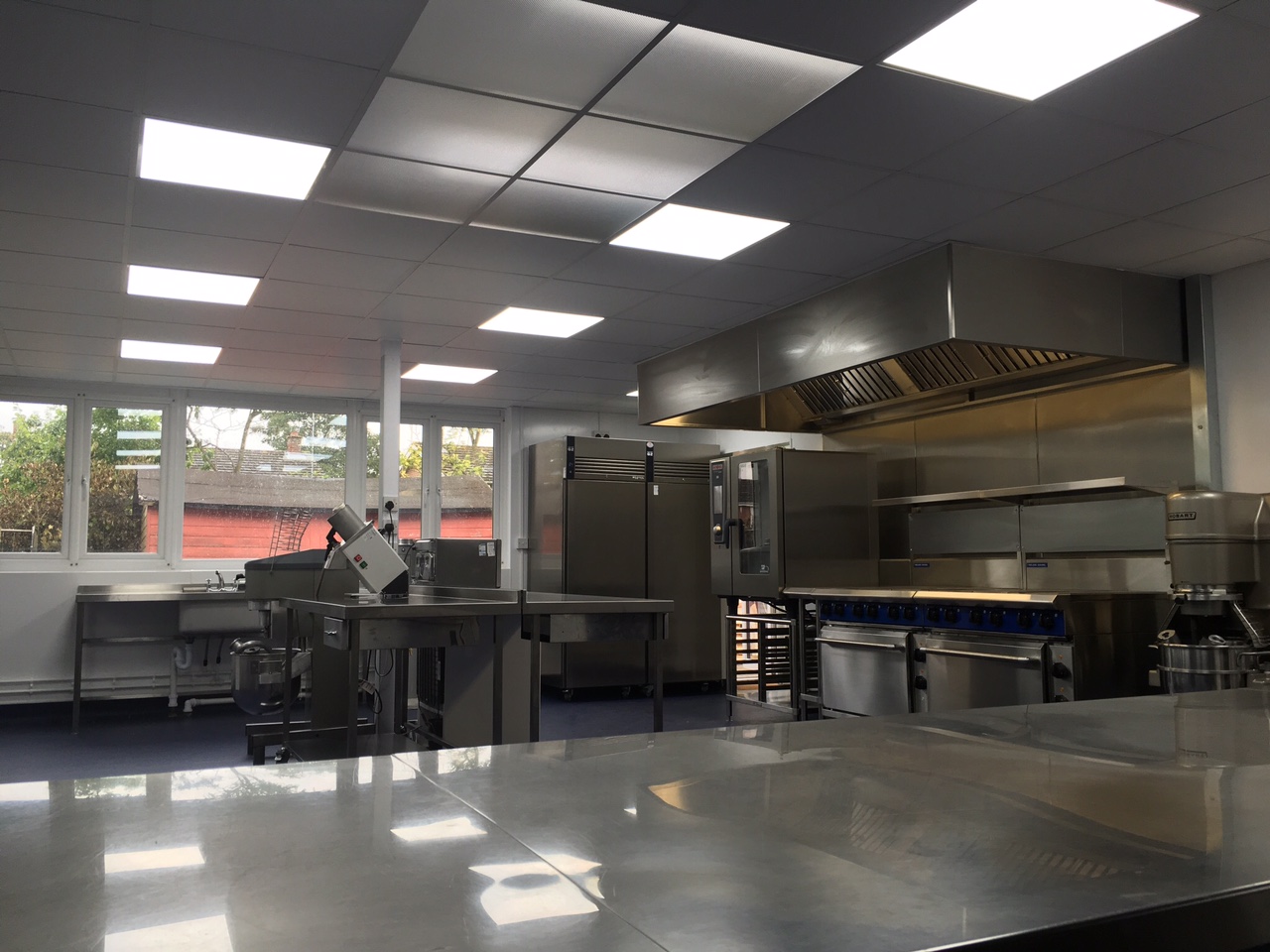 I wanted to write to thank you for the excellent service you have provided in the re-fit of our school kitchen.

During the re-fit, the work was carried out to a high standard and the area surrounding the kitchen was also kept very clean.  This was key for us ensuring that we were able to clean the remainder of the school whilst the refit was happening.

The finished kitchen met our high expectations and our Kitchen Team has found the new layout and equipment supplied supports them exceptionally well on a daily basis.

I would recommend this company without hesitation to colleagues in the future.